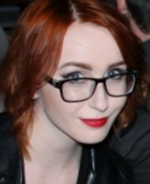 Twitter chat on Wednesday 16th August 2017 between 8 pm and 9 pm (UK time) ‘Primary Healthcare access for post-release prisoners’ will focus on the barriers to primary healthcare faced by people on release from prison Everyone is welcome to participate in the Twitter chat, regardless of profession or experience. The Twitter chat will be hosted by Claire Carswell who commences her PhD studies in October 2017 at Queens University Belfast.

The transition period from prison to the community is a high-risk period for offenders. There are significantly increased mortality and morbidity rates during the months following release, with post-release prisoners at high risk of suicide, substance misuse relapse and accidental overdose.

Continuity of care for post-release prisoners is a particular problem and could contribute to the mortality rate of this population. Primary healthcare services in particular have been identified as a crucial health resource when prisoners leave prison (Kinner et al., 2015). The National Institute of Health Research published ‘Care for Offenders Continuity of Access’ (COCOA) in June 2012 (http://www.netscc.ac.uk/hsdr/files/project/SDO_FR_08-1713-210_V01.pdf). This report not only highlighted the higher morbidity rates of prisoners compared to the general population, but also identified barriers that prevented post-release prisoners from accessing statutory healthcare services.

The main barriers that the report identified included prisoners not being registered with GPs prior to release from prison and difficulties registering once back in the community. The report also highlighted that this resulted in post-release prisoners being unable to receive necessary chronic medications, having only been provided short-term courses on release. There was also an overall feeling of being unsupported by services, including health and probation services.

The dramatic decline in health following release from prison makes the need for continuity of care essential. The COCOA report found that it was easier to access services while still in prison, and that stigma post-release prisoners faced in the community also contributed as a barrier to access primary healthcare services. Further research could be conducted to identify the difficulties associated with providing treatment to this specific population, as the high morbidity rate and complex mental health issues of post-release prisoners could present a substantial burden on primary care resources. Improved relationships between the criminal justice system and the primary healthcare service could help reduce stigma and improve the transition of care. Other ways of addressing these barriers include registration with a GP prior to release from prison and provision of longer term prescriptions on release that take into account the waiting times for a GP appointment.