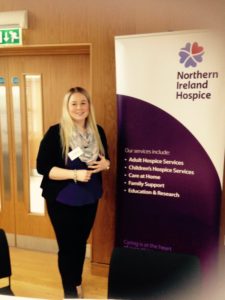 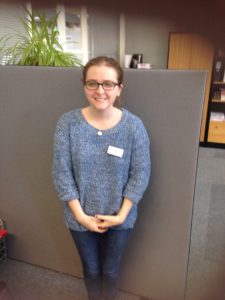 Parkinson’s disease and Dementia are both diseases in which the brain will become more and more damaged over many years. Parkinson disease is a neurodegenerative disease characterised by motor symptoms such as resting tremor, rigidity (stiffness), bradykinesia (slowness of movement) and postural instability (balance problems). However many patients with advanced PD can also experience nonmotor symptoms such as depression, pain, psychosis, cognitive problems, hallucinations and more commonly dementia. Dementia is also caused by neurodegeneration which results in the unavoidable and gradual deterioration of the person’s cognitive function, and their ability to live independently. The occurrence of dementia in people with PD is increasingly being recognised and can cause particular challenges to the patient and their family, inclusive of behavioural and functional problems. When a person has Parkinson’s motor symptoms for at least a year before experiencing dementia, this is known as Parkinson’s Disease Dementia (PDD).

A European study concluded that the incidence rate of PDD was 74 per 1000 patient-years, with the cumulative risk of developing PDD being 25% after 5 years, and 50% after 10 years of follow-up (Perez et al. 2012). Previous research has additionally estimated that the incidence rate of a dementia in patients with PD is at least four times higher than it is in the general population (Williams-Gray et al. 2009). Dementia can also be present not only in the advanced stages of the illness but from the onset of PD having an impact on the person’s quality of life, and implications for public health and the cost of care (Irwin et al.2013). However dementia is often only recognised later in PD due to the prominent nature of the patient’s motor symptoms.

Palliative care has a key role to play in the provision of care to people with PDD due to the complexity of their holistic symptom need, and the life-limiting nature of the illness. Healthcare professionals provide palliative care in order to help improve the physical, psychosocial and spiritual well-being of their patients and their families, and to aid patients and their carers to have the best quality of life possible. The integration of palliative care early within the disease trajectory can help to improve the management of a patient’s symptoms. Originally, the only patients who had access to palliative care services were those with a diagnosis of cancer and nearing the end of their life. More recently however, it has been recognised that palliative care is also applicable to patients with a non-malignant disease and is an integral part of a patient’s disease management from diagnosis. Despite this awareness, access to specialist palliative care can often still be limited for patients with non-malignant conditions such as PD and a dementia. The need for a model of palliative care for patients with PD and a dementia, to help optimise the provision of holistic care, has been recognized.

Parkinson’s UK previously consulted with people with PD, carers and healthcare professionals to identify the 10 priority areas that need researched to help improve the lives of people with PD. Exploring how we can best care for people with PD and a dementia was recognised as one of these key priorities. The Palliative and end of life care Priority Setting Partnership (PeolcPSP) further identified a need to explore the best ways to determine the palliative care needs of patients with a non-cancer diagnosis, such as PD and dementia, whilst also illuminating the importance of discovering how this care can be initiated and provided. There is a lack of empirical evidence regarding the palliative care experienced by people with PDD, and how this care may be provided. A deeper insight into the holistic symptom needs of this specific group of patients is required, with further exploration of how to optimally deliver palliative care.