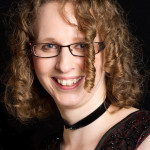 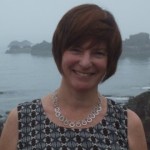 This weeks EBN Twitter Chat on Wednesday 15th June between 8-9 pm (UK time) will be hosted by Kirtsen Huby (@KirstenHuby) and Joanna Smith (@josmith175) Lecturer’s in Children’s Nursing, University of Leeds and will focus on ‘to tweet or not to tweet’ in relation to social media and healthcare.

Participating in the Twitter chat requires a Twitter account; if you do not already have one you can create an account at www.twitter.com. Once you have an account, contributing is straightforward. You can follow the discussion by searching links to #ebnjc, or contribute by creating and sending a tweet (tweets are text messages limited to 140 characters) to @EBNursingBMJ and add #ebnjc (the EBN Twitter chat hash tag) at the end of your tweet, this allows everyone taking part to view your tweets.

Twitter was started by Jack Dorsey in 2006 with the first tweet being sent on March 21 (https://about.twitter.com/company/press/milestones); Twitter now has 310 million monthly active users (https://about.twitter.com/company). Over the last 10 years Twitter is being used in many different ways within organisations, by professional bodies and individuals. There are guidelines and policies on how to use social media professionally and an emerging evidence base for the use of Twitter. It is therefore timely to consider whether ‘to tweet or not’.

Benefits of using Twitter in healthcare include increased engagement with students, colleagues and patients (Ferguson, 2013), developing networks and communities (Moorley and Chinn, 2014) often across geographical boundaries (Richardson et al., 2016) and enabling the ‘real-time’ sharing of information and discussion during conferences (Ferguson et al., 2014). By making research data, findings and publications available to the public it is possible to make research more accessible (Lupton, 2014) which may promote evidence based practice and discussion around the research that is conducted. As with all social medial platforms there are concerns. As Twitter enables us to have conversations with no restrictions on who can engage there may be a blurring of personal and professional personas (Eggers and McGonigle, 2012) which some may find uncomfortable. There is also the risk of feeling overloaded by the volume of information available (Eggers and McGonigle, 2012) or feeling pressured to engage, the one reason NHS Employers (2014) gives as not a valid reason to engage.

The use of social media is now a part of life for many of us on a daily basis. We choose how we wish to engage and with whom, the platforms we use and the information that we share. Increasingly social media is utilised in our professional lives. This may be because we see benefits to doing this, the organisation we work for requires us to use it or our patients, students or colleagues wish to engage this way. For some people this may feel as though their choices in regards to the use social media are restricted. 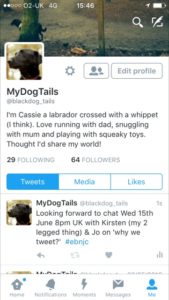 Richardson, J. et al. 2016. Tweet if you want to be sustainable: a thematic analysis of a Twitter chat to discuss sustainability in nurse education. J Adv Nurs.