On Wednesday 20th January, our #ebnjc tweet-chat focuses on the issue of student nursing finance. In advance of our chat, we are delighted to share two blogs from our two special guest hosts, Grant Byrne & Serena Ruffoni. 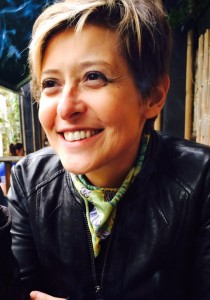 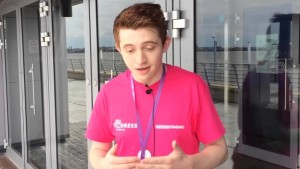 The fight to save the NHS bursary has made me proud of student nurses the length and breadth of the UK. Students have come together, across country, university, union and professional divides to form a powerful campaign with a single message – that student nurses and allied health professionals will not take this decision lying down. Taking inspiration from the junior doctors’ campaign, which has seen wide public support, student nurses organised without need of direction from professional bodies or unions. The campaign was up and running within hours of the announcement, and while the RCN and other organisations have played a central part, it is students who’re leading the movement.

We must stand firm. The decision to remove the bursary is a poor one and it puts the future of nursing, as well as patients, at risk. The debate in Westminster Hall, packed with MPs of all colours, brought to light a large number of issues that have yet to be addressed by supporters of the move. Not only does the switch to loans lump student nurses with over 50,000 in debt, it could potentially endanger future recruitment by reshaping the demographic of nursing, to the detriment of the profession and our patients. We know the switch to loans will have a massive effect on those students with past careers, children or who’ve studied a previous degree. These individuals bring experience in spades and mean nursing is more representative of the wider population we serve. We would do our patients a disservice by allowing these groups to be pushed out of nursing because they cannot afford to take on thousands in debt.

There’s a single statement that’s come to define this fight – student nurses aren’t like other nurses. You cannot simply say “well other students pay” because their university experience is very different to that of a nursing student. Placements require them to work full time hours, and their irregular pattern throughout the year means finding part time work is a challenge, and usually leaves students on 0 hour, agency contracts which do not guarantee an income. They don’t see the long holidays other students do, and our time at university is very different to even those studying towards other professional degrees. Due to our hectic schedule, our input into student life is minimal, which can often find nursing students forgotten by universities, with services closed over the summer when student nurses are still in class.

The bursary needs fixed, not forgotten. To argue student nurses should have loans because the bursary isn’t enough for them is ludicrous. Student nurses, now, receive pennies for their hard work on placement. While of course students are supposed to be supernumerary, that isn’t the case on many wards where students are little more than an extra pair of hands. Can we really say it’s fair to charge for a placement where a third year student only ever develops skills equivalent to a first year, all for a lack of staff? Is it unfair for a student to question the value of a learning experience they’d be paying for, especially when the proposed rise in student numbers could see their mentors encumbered with 2 students or more? Students keep many wards running, making up for staff this government won’t pay for. They do it happily, and proudly, but with this move? That could change. The battle against this decision will continue, and, if the nursing profession stands as one with students, we can prevail.

I’m a first year student, started at LSBU in October this year. I’m doing a postgraduate diploma in Adult Nursing, and I receive an NHS bursary to help with my studies.

Without it, I couldn’t possibly afford to train as a nurse, as I would have to survive two years without an income. The same applies to the vast majority of my PGDip colleagues, as I quickly found out. It is a shame, because they are brilliant, clever and dedicated. They will make a terrific contribution to the future of the NHS.

The government just decided to cancel the bursary for nursing and other Allied Healthcare Profession students. Starting from 2017, students will have to pay tuition fees and take student loans. I think this is a big mistake, with dire consequences for both the students and the NHS.

It is an unfair decision. Students on other degree courses have to pay tuition fees, true. But nurses are different.

They have a longer academic year, around 42 weeks, as opposed to around 30 for other degree courses. They have to spend 50% of their time working for free, in hospital wards and in the community, for a minimum of 2,300 hours to get their qualification.

When they are on placement, they work a full time job with shifts, including nights, weekends and antisocial hours.

University students can normally obtain, and keep, a part-time job to supplement their income. For student nurses, this is nearly impossible, due to the long academic year, unpredictability of shift work and the exhaustion of doing a full-time job.

We need the bursary to make ends meet.

After qualifying, the starting salary is less than £22,000 a year, career progression is slow and salaries’ growth has been capped at 1% for five years now.

By the time they are qualified, student nurses would have in excess of £50,000 in debt. Who in their right mind would choose to be a nurse at these conditions?

This move will deter students from entering into the profession, exacerbating the current shortage of nurses at the NHS.

The Royal College of Nursing More has recently found that more than 10,000 nursing posts in London are currently vacant. I can’t see how making it harder, and economically unviable, to become a nurse would help resolve the situation.

Mature students, and those who already have a degree, are the worst hit by this decision.

The average age for healthcare students is 29. At that age, people have mortgages, childcare and other financial responsibilities. Cancelling the bursary would deny these people the opportunity to train for what they really want to do. It will deprive the NHS the highest quality recruits they can probably have: mature, responsible, dedicated people, with a high level of education as many of them already have a degree, bringing diversity and experience to the NHS workforce.

The Council of Deans of Health is in favour of the cancellation of the bursary. They do have a point. It is not convenient for universities to educate nurses, as Health Education England, the body commissioning and funding the training posts, doesn’t pay them enough. They are forced to train less nurses than they would want to, and less than the NHS needs, making the nurse staffing crisis worse.

Shifting to a student loan system would give them resources to train more nurses and cover their costs.

However, I think it is grossly unfair to shift the monetary burden of training to the students, instead of pressing for better funding by the government.

A political decision to systematically underfund Health Education England, in place since the previous coalition government took power in 2010, has created severe problems for both universities and the NHS, which is unable to hire the staff it desperately needs.

The current government’s solution is then to keep strangling Health Education England, the body that invests in the future NHS workforce, and make students pay for their training.

Responding to a crisis created by bad previous decisions with another bad decision, and a very unfair one, is quite astonishing. We all should fight that, and let the government know that we won’t stand for it.