To celebrate the contributions our student nurses/midwives make – we are sharing blogs of their experiences in practice.  Today’s blog is from Stephen McKenna, a first year student nurse from the Queen’s University of Belfast. 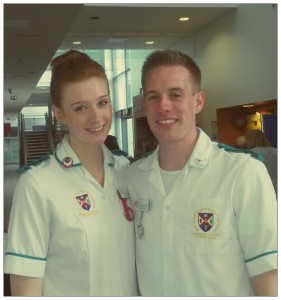 Nursing was always a bit of a pipe dream, something I should have pursued a long time ago. Sometimes however, all you need is a push in the right direction and before you know it you’re a third of the way through a Nursing degree.

Heading back to the land of academia at 30 might not sound that daunting, but when you’ve been out of the loop for so long you start to question your sanity. Not normally a shrinking violet, I quickly became one on my first day. It didn’t help that there were only 12 males in a class of 370; that alone was pretty intimidating. If RCN statistics are anything to go by I better get used to working in a female dominated profession. By the end of the week the males in the class, perhaps through a sense of macho pride, had managed to commander an upper section of the lecture theatre, which we retained for the rest of the year. An unofficial ‘boy zone’ where lads could be lads and masculinity prevailed!

People say a Nursing degree is one of the toughest courses out there and if I’m honest they’re right. My first 6 weeks were a baptism of fire. They don’t call it ‘front-loaded learning’ for nothing! The topics are dished out raw for you to take away and digest. For me it was about keeping my head down and getting to grips with the basics. I quickly learned that I needed to be organized in order to stay on top of the demands. As much as study was important I also needed an excuse to get away from the books. With this in mind I joined the Rowing Club. At first the whole work/university/life balance thing was going fine, but then first placement kicked in and things were about to change.

Any nursing student will tell you that after 6 weeks in university they can’t wait to get the heck out of the place and onto their placement. Most of us have a deluded belief that we’ll have a bit more time to ourselves. Everyone’s placement experience is different though. We’ve all heard the horror stories of demonic Ward Sisters, absentee mentors and places you’re all but ignored. Thankfully my first placement was not like this and I learned a lot very quickly. On a busy surgical ward I saw a variety of complex conditions and procedures. You can read all the books under the sun, but in reality placement is where you learn the most. There were of course some sad cases. I found knowing someone was dying before they did a hard burden to carry. Dealing with death and dying is an intense experience. It’s hard to know what to say to a relative when a loved one dies, but in time I’m sure I’ll learn.

Juggling placement and part time work is a fine art. Unfortunately like everything in life; you can’t have it all. Something had to give. That something was the rowing. I couldn’t sustain the training required and by February I was already falling behind. After a lot of thought I decided it was time to hang the oars up for good. It’s fair to say everything in life is a trade-off. You give up one thing to get another and you can’t have it all. If I’m honest I was no Steve Redgrave anyway and a less demanding sport would have made more sense!

Before you know it 6 weeks of placement are up and you’re excited to get back to university, despite wishing 6 weeks previously you could escape it! University offers the chance to catch up with friends and have a bit of craic – something you don’t get much of on the wards for obvious reasons. The work continued to come in thick and fast in second semester. Social life became a distant memory. 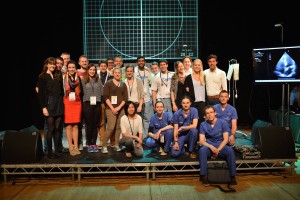 Placement 2 was Health Visiting. I wasn’t really sure what to expect, but got my eyes well opened when I went into the community. They say you don’t know what goes on behind closed doors and that’s very true. I saw it all; deprivation, loneliness, neglect and domestic violence. Of course there is the pleasant side too. Brand new babies and happy homes to make you smile. It was an enjoyable placement, but health visiting isn’t for me – there are just some things a man doesn’t need to know about!

Final semester meant exams and essays. It was a pretty intense time, but I was determined to succeed – I’d made it this far and wasn’t going to fall at the final hurdle. I put a lot of work into revision and entered exams quietly confident. Thankfully the revision paid off and results were good.

The words ‘care home’ strike the fear of God into us Nursing Students. We imagine them as fusty old places with a bad reputation. An image not helped by the likes of the Winterbourne scandal. When I heard my final placement of year one was in a care home I was slightly dubious. Thankfully, I can report that good places still exist and this was one of them. Based in an Intermediate Care setting I found myself part of a fantastic team who really cared for the people they looked after. I had a brilliant mentor and learned a lot. In the end I left with a changed perception of care homes and was sad to leave the wonderful nursing staff and residents whom I had become so attached to. 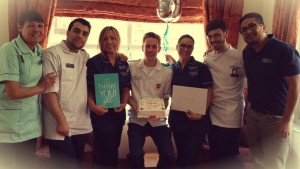 With a year under my belt I am excited for what the next two will bring. Despite constantly being called ‘Doctor’ and asked why I’m not studying medicine, I am convinced Nursing is my calling. Determined to make the most of every opportunity I am already planning my elective in a developing country, where I hope to experience a back to basics approach to care, while embracing another culture.