“Although he was born a normal weight, he lost all the fat around his face and limbs during his childhood, and yet his body still thinks he is obese, meaning he has type 2 diabetes. His hearing also deteriorated when he was 10 and he has worn hearing aids since.

Staniford’s condition had never been identified – until recently, when a research team set about mapping and analysing his DNA to pinpoint the precise gene mutation responsible.

Finally, Staniford has discovered he is one of just eight people in the world with MDP syndrome.”

Lucky then that he lives in a city with one of the world’s leading research centres for genetic forms of diabetes as his case was investigated by Andrew Hattersley’s team at Exeter University [1]. Hopefully with recognition of his condition suitable arrangements can be made for his paracycling competitions. 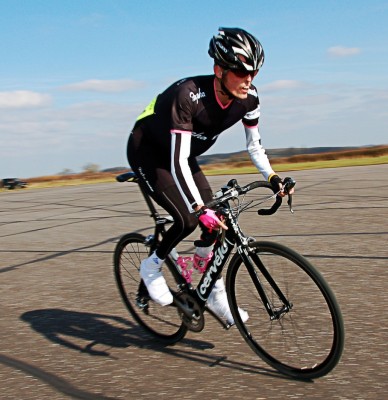 Common condition with uncommon cause: fungal folliculitis in immunosuppressed patient with Blau syndrome