Global climate change represents a grave threat to the future of human welfare and our natural environment. The contentious ongoing policy debate about potential interventions focuses on switching to renewable energy sources and increasing energy use efficiency. But, given the urgency of the problem and the lack of political will, other approaches to limit greenhouse gas emissions should be given higher priority. Improving access to effective contraception is one such policy that has thus far largely been ignored by the international climate community. This recommendation is based on three simple facts: 1) population growth is a key driver of climate change, 2) higher and more effective use of contraception reduces unplanned pregnancies and hence population growth, and 3) many more women and men would freely choose to use contraception if only it were available and acceptable. Our recommended policy is about improving universal access to reproductive technologies, not about coercion

In 2100, our planet is expected to be home to 10.9 billion people, up from today’s 7.7 billion. This expansion of humanity will take place mostly in sub-Saharan Africa and South Asia. Rapid population growth has pervasive adverse effects on societies, economies and the natural environment. In particular, with an additional 3 billion people producing greenhouse gases, the global warming problem will become even more intractable in coming decades.

Slower future population growth could reduce emissions globally by an estimated 40% or more in the long term. Over the next few decades, overall emissions from low income countries are likely to rise because of a rise in emissions per capita from rapid industrialization, as well as from increasing population. Emissions from high income countries (which are much higher in absolute and per capita terms) are expected to level off or decline as populations in these regions stabilize or decline and carbon emissions per capita decline.

Over the past half-century many governments have invested in voluntary family planning and reproductive health programs to assist women to avoid unplanned pregnancy, thus reducing high fertility. These programs provide access to and information about contraception. The rationale for investing in these programs is a well-documented and substantial unsatisfied demand for contraception. Many women who do not want to get pregnant are not using contraception.  As a result, unplanned pregnancies are common in both the developed and developing world. World-wide about 99 million unintended pregnancies occur each year—44% of all pregnancies. More than half of these unintended pregnancies end in an induced abortion (56 million per year) and the remainder in unintended births or miscarriages.

Why do some women who want to avoid pregnancy not use contraceptives? The answer lies in a mixture of social, economic, health and service–related reasons. Lack of access to services and the relatively high cost of modern contraceptives are obvious obstacles for poor women, in particular in rural areas of the developing world. Addressing these issues is a key objective of family planning programs which bring services to local communities and provide methods for free or at low cost. However, there are other, often more important, obstacles such as traditional social norms, disapproval of husbands and myths about hormones. In fact, fear of side effects and dissatisfaction with available methods are often the dominant reasons women are reluctant to use (or continue to use) contraception.

Concerns about contraceptive side effects can be addressed, at least in part, by providing careful counselling to overcome incorrect rumors about methods. Access to a wide range of options is essential to maximize the chances that clients’ needs, and concerns are satisfied at different times of their reproductive life.

Nevertheless, all existing contraceptives have some drawbacks in the view of some segment of potential users. It is therefore essential to expand research and development on novel and improved contraceptive methods. 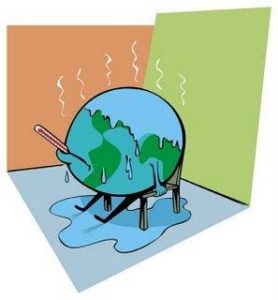 Since the approval of the first contraceptive pill in 1960, the range of effective contraceptives has considerably expanded. Long-acting reversible methods with the highest efficacy, such as implants and intrauterine systems, are now used by more than a hundred million women worldwide. However, the insertion and removal of these systems require trained health providers who are not always available. User-controlled methods such as vaginal rings have become popular. A novel contraceptive vaginal system (AnnoveraTM) for one-year of use is expected to become available in the US by the end of the year. Still in an early stage of research are contraceptive methods for 1-month or on-demand use, and biodegradable implants and microneedles, all easier to administer.

Many men are willing to share responsibility for family planning, but their choices are limited to condom, withdrawal and male sterilization, which are not popular. Increasing options and services for men, addressing their concerns and dispelling myths will increase male engagement.  The most advanced male hormonal contraceptive currently in development is a transdermal gel effective in suppressing spermatogenesis while maintaining male habitus.

Further into the future are non-hormonal contraceptives for women and men based on novel genomics and proteomic research.

Improved contraceptive technologies will offer more choices to women and men thus reducing unplanned births and abortions. Additional attention to “green” manufacturing and improved disposal of products should ensure minimal disruption of the environment. While innovations are far on the horizon, wider distribution of contraceptives already on the market through greater investments in voluntary but underfunded family planning programs is sufficient to raise contraceptive use substantially. This in turn would have a profound positive impact on human welfare, the climate and the environment.

Read the full article at BMJ Sexual and Reproductive Health