New research suggests that moving house during early pregnancy is linked to an increased risk of premature birth. The new paper “Residence change during the first trimester of pregnancy and adverse birth outcomes”, published in Journal of Epidemiology & Community Health, sheds light on one facet of the relationship between stress and pregnancy outcomes. I will outline the results and suggest that this information may not necessarily help pregnant women pursue the things that matter to them and are good for their children, particularly not when interpreted as relative risks.

This study used birth certificate data for babies born to mothers aged at least 18 years old in Washington state, USA, between 2007 and 2014. The researchers used random sampling to include 28,011 women who had moved house during the first trimester and 112,451 who had not.

Women who moved early in pregnancy were already disproportionately exposed to a number of risk factors for low birthweight and premature birth. Compared with women who did not move house in early pregnancy, women who did were generally:

However, even after taking into account these potentially influential factors, a first trimester house move was associated with a higher risk of low birthweight: 6.4% vs 4.5%. (That’s a 37% relative risk.)
Similarly the risk of premature labour for women who moved during first trimester was 9.1%, compared with 6.4% for those who didn’t. (42% heightened relative risk.) 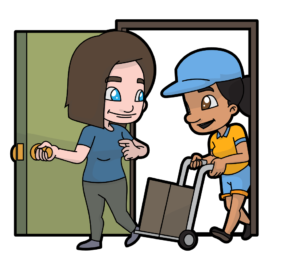 It has already been established that moving house during childhood is associated with poorer health in children but little has been discovered about the potential health impact of a house move during pregnancy. The researchers highlighted that the results of the observational study did not establish causality: they did not demonstrate that moving house caused low birthweight or prematurity. But they suggested that plausible mechanisms could include interruption to healthcare, the physical strain of moving, disruption to social support, and biological stress reaction.

In the associated press release the statistics are presented in terms of relative risks, with the absolute risks in brackets afterwards. The authors’ conclusions about the implications of the research are quoted. By rephrasing these risks I wish to gently challenge these conclusions, particularly whether they are suitable for public consumption.

“our results yield important insights regarding moving during pregnancy … Regardless of whether the negative impact of moving is driven by the stress from the move itself, stressful situations leading to a move, or disruption of care because of the move, asking patients about plans to move and using that as an opportunity to counsel patients on stress mitigating techniques and care continuity may be beneficial” 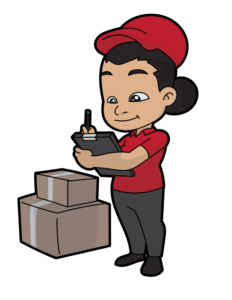 But the data is also pretty tricky to use for forward planning. In terms of prematurity, this paper suggests that for every 100 women who move house, only 2 or 3 will have a different outcome than if they had not moved. These numbers are likely too small to inform a complex decision. Many of the reasons why people move house, particularly in early pregnancy, are good for the child: moving to a better neighbourhood, moving closer to family support, moving near to good schools, moving away from abusive relationships. The possible benefits of those things (if they can be measured) could far outweigh the increase in the small risk of prematurity and its potential complications. This paper risks making women feel bad about moving in early pregnancy, or avoid it altogether, when in the long run it could well be the very best thing for the child.

The authors avoid promoting their findings as a source of guilt, suggesting stress mitigating techniques could be offered to women moving house (depending upon their unproven assumptions about mechanisms). But pregnancy is stressful for everyone: evidence-based stress mitigating techniques should be shared with all pregnant women not just those moving house! Even worse, if the clinician suggests that a woman who has (for some, likely very sensible, reason) moved house is potentially inflicting prematurity upon her foetus, then the results of this study may increase the stress levels of pregnant women.

This paper enriches our biopsychosocial understanding of pregnancy. The relationships between pregnancy outcomes and stress merit study. However, it concerns me that this research creates a new way to make pregnant women and their partners feel guilty. We must recognise that pregnant women already make many decisions oriented towards protecting their offspring. To support women’s reproductive health and autonomy we must avoid letting relative risks further complicate these difficult decisions.