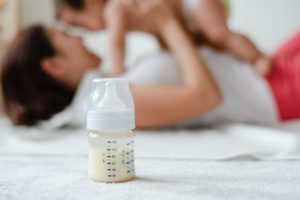 The list of the top ten most read articles in BMJ Open in August sees many previous entries retaining their positions, including a cross-sectional study done in Japan investigating the effects of short-term smoking in young patients with untreated intermittent adult-onset asthma, and a systematic review addressing the effects of screentime on the health and wellbeing of children and adolescents. We also see four new entries. New in at number one is a study by Kapoor et al. investigating gender discrimination in terms of access to healthcare in India. Outpatient data from a large referral hospital were used to compare visits from male and female patients (excluding patients visiting obstetrics and gynaecology departments), with analysis showing that female patients made fewer visits than male patients. This effect was found to be worse for female patients who were in the younger and older age groups, and for those who lived at increasing distances from the hospital.

New in at number eight is a study by Herrmann-Werner et al. that asked the question of whether obesity simulation suits are a useful tool for the training of medical students. Several outcomes were measured, such as the practicality of using the suit during training sessions, how authentic it was, and how it affected participants’ attitudes to the individual wearing the suit. The results indicated that both student and teacher participants felt that the suit was a useful tool in the simulation of interactions with patients with type 2 diabetes, and the students reported that it helped them empathise with the patient. However, students also showed stronger anti-fat prejudices compared with the people representing the patient in the exercise and the teachers, suggesting that further training might be needed to reduce prejudice.

Also new this month at number nine, Grummer-Strawn et al. present a review of the websites of professional paediatrics associations to assess the extent to which these associations are sponsored by companies that produce breast-milk substitutes. Sixty percent of 114 paediatric associations with a website or Facebook account had received financial support from these companies, with sponsorship (particularly of conferences) the most common type. The findings provide important insight into the potential involvement of companies that might have commercial interests.

Finally, in at number ten is a paper in the recent Child Health CheckPoint series, which investigated childhood development in 1800 parent/child pairs with the aim of producing research that informs health policies. This paper presents metabolomic data from the participants, showing differences in the concentration of specific metabolites between childhood and adulthood, and in the metabolic profiles in children and adults by sex. It’s hoped that the data will be informative for the investigation of the childhood origins of adult non-communicable diseases, and for comparative studies in other populations.