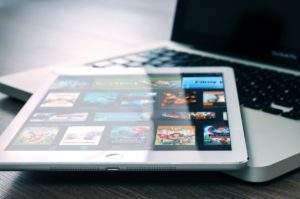 The list of the ten most-read articles in January at BMJ Open sees four new entries. Taking over the top spot is a study by Neza Stiglic and Russell Viner who have published a systematic review of reviews investigating the association between screentime and the health and well-being of children and adolescents. Some evidence was shown for harmful effects of screentime in this population, including increased adiposity, unhealthy diet, depressive symptoms, and quality of life.

In at number three is a study by Bellini et al. investigating the experiences of women working in surgery in Great Britain and Ireland. A majority (88%) of women who took part in the survey perceive surgery as a male-dominated field, and over half (59%) had experienced discrimination.

New in at number six is a timely study by Seferidi et al. looking into the potential impacts of Brexit on fruit and vegetable intake and cardiovascular disease in England using economic and epidemiological modelling methods. The price of fruit and vegetables was shown to increase under all Brexit scenarios, leading to a reduction in intake of between 2.5% and 11.4%. The authors also modelled the possible impact on cardiovascular deaths, with a no-deal Brexit scenario being the most harmful.

Finally, at number seven is a study investigating the implications of the introduction of new criteria for the diagnosis of gestational diabetes in Australia. After the introduction of the new criteria, the annual incidence of gestational diabetes increased by 73.7% as did the overall cost of care for the disease, with little change in immediate clinical outcomes.

Exploring the key anthropological drivers of and barriers to zoonotic malaria preventative behaviour in a community exposed to Plasmodium knowlesi infection in Malaysia: protocol for a qualitative study with a participatory research design

Mental health services in response to the COVID-19 pandemic in high-income countries: protocol for a rapid review