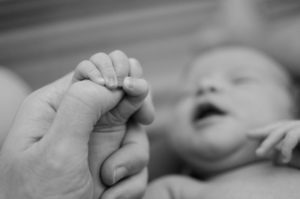 Five new entries made it into BMJ Open’s top 10 most read articles in October. New in at number one is a meta-synthesis by Olza and colleagues, which explored women’s psychological experiences of physiological child birth. Reviewing and consolidating qualitative research data from eight studies, the researchers identified three main themes: ‘maintaining self-confidence in early labour’, ‘withdrawing within as labour intensifies’ and ‘the uniqueness of the birth experience’. They conclude that giving birth physiologically is an empowering and transformative psychological journey, often culminating in a growth in personal strength.

In at number two is an ecological study by Elgar and colleagues, examining the association between corporal punishment bans and youth violence using data from school-based health surveys of students from 88 countries. In the 30 countries that had implemented a full nationwide ban on corporal punishment (in schools and in the home) the rate of physical fighting was substantially lower than in the countries with no ban, this was apparent in both males and females. Read more about this study in our recent blog.

New in at number seven is a systematic review examining the relationships between political features and population health outcomes. Barnish et al, extracted and synthesised data from 176 internationally comparative studies. The evidence generally indicates a positive association of population health with increased welfare state generosity, left-of-centre democratic political tradition and democracy, whereas globalisation may be negatively associated with population health.

Our last new entry is at number ten. Müller and colleagues conducted a systematic review of the impact of using a communication and patient hand-off tool (SBAR) on patient safety. Eleven studies met the inclusion criteria of the review, measuring 26 different patient outcomes. The review found moderate evidence for improved patient safety through SBAR implementation; however, the researchers caution that there is a lack of high-quality research on this widely used communication tool.