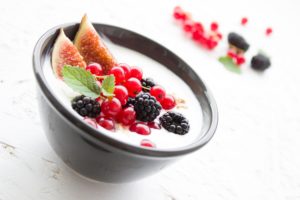 The list of the ten most-read articles in September at BMJ Open sees five new entries. Taking over the top spot is a study by Moore et al. looking at the nutritional content of supermarket yoghurts. This analysis of the sugar content of over 900 yoghurt products showed that less than 9%, and only 2% of those aimed at children, were classified as low sugar.

In at number three is a study by Vaucher et al. that investigated the role of osteopathy in the Swiss health-care system. Osteopaths answered a survey about their practice, with the results showing that they saw around 7% of the Swiss population in 2016. The vast majority of these consultations were in relation to musculoskeletal conditions and complaints, indicating that osteopathic care can provide an important first-line option for patients that have these conditions.

New in at number four is a timely study asking the question of whether incidence of dementia is associated with air pollution in London. Carey et al. analysed health-care data from nearly 140,000 people, and linked this to estimates of air pollution in the areas where the people lived. They found a positive association between pollution concentration and being diagnosed with dementia, providing further evidence for the unhealthy effects of high levels of air pollution in the urban environment.

Finally, new in at number nine is a study by Schroter et al. investigating the experiences of people who have provided patient and public peer reviews at two journals that are trailing this initiative — The BMJ and Research Involvement and Engagement. The responses were generally positive, with around 80% of reviewers saying they would recommend being a reviewer to other patients and carers. The reviewers also provided practical tips to improve the experience, such as allowing more time to review and improving the matching of papers to reviewers’ knowledge.