BMJ Open has had an incredible 2017 – publishing more than 2,700 articles across the whole spectrum of medicine. The editorial team at BMJ Open have selected some of their highlights from our articles published throughout 2017. Enjoy! 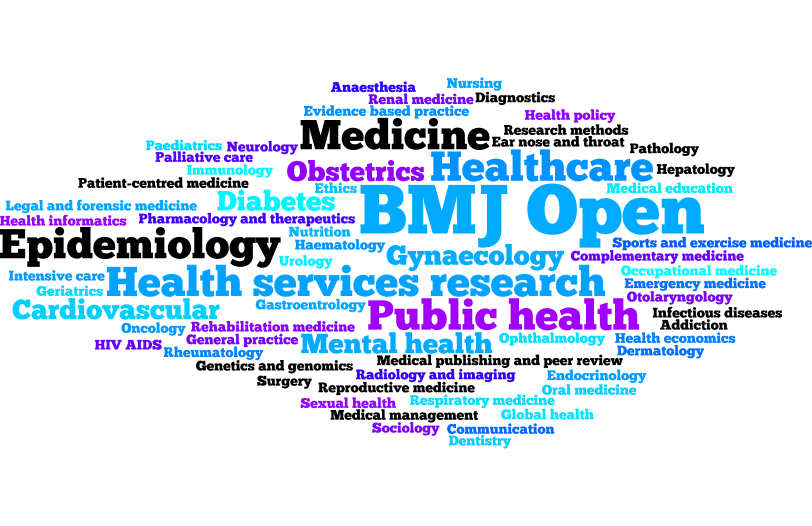 Emotions and alcohol consumption: Is it wine that is making you whine?

Alcohol is a popular recreational drug, but its misuse is a major public health concern. Long associated with mood, understanding the emotions elicited by alcohol consumption may provide an insight into motives for its misuse. Ashton and colleagues utilized data from an international cross-sectional survey (Global Drug Survey) to examine the emotions associated with drinking different types of alcohol, and whether these influence an individual’s choice of tipple. Results indicated that respondents attributed different emotions to drinking different types of alcohol. Drinking spirits was more likely to elicit negative emotions such as aggression, whereas drinking red wine was associated with feeling relaxed; the extent of the emotions experienced were dependent on sex and level of alcohol dependency. This study represents an initial exploration of alcohol’s perceived relationship with emotions and it should be noted that the observational nature of the study means that no conclusions can be drawn about cause and effect.

Transvaginal mesh products for pelvic organ prolapse: a lack of evidence at approval

Implantable non-absorbable polypropylene mesh (‘mesh’) is often used for surgical treatment of pelvic prolapse and urinary incontinence, conditions that can commonly occur after childbirth. Recently, concerns have been raised about the safety of some transvaginal mesh products, with patients reporting severe complications following surgery. Heneghan* and colleagues used data from the US Food and Drug Administration (FDA) to systematically assess the nature and quality of the evidence that was available for transvaginal mesh products at the time of their approval by the FDA. The search identified 61 devices whose approval relied on the claim that they are ‘substantially equivalent’ to two already available devices (the Mersilene Mesh and the ProteGen Sling). None of these devices had any evidence from clinical trials at the time of approval; trials were published a median of 5 years after the device was approved by the FDA. This study highlights the lack of evidence used for licensing transvaginal mesh products and has made international headlines due to the controversy now surrounding these products.

Primary health care in China: access and quality of care

*Dr Trish Groves declares a potential competing interest in relation to this article. Dr Groves has visited the department in Beijing where this work is underway and is familiar with several of the authors of the study. She had no involvement with the peer-review of this article.

Diet and mental health: does food affect your mood?

The medical professional has often been criticised for a general lack of diversity. In recent years medical students have become increasingly diverse when it comes to gender, ethnicity and age; despite this significant progress, students from disadvantaged backgrounds still encounter significant barriers when entering medical school. Kumwenda and colleagues investigated the relationship between a range of socioeconomic factors, including school type, and overall performance at medical school. Using data from the UK Medical Education Database, the researchers retrospectively analysed data from students who graduated from 33 UK medical schools between 2012 and 2013. Results indicate that students from state-funded schools entered medical school with similar prior attainment but had weaker outcomes on entry tests, than students from independent schools. Interestingly, medical students from state-funded schools were twice as likely to finish in the highest tier of the educational performance measure ranking than medical students who attended independent schools. The researchers conclude that any effect of schooling gradually declines as students progress through medical school.

The logistics of conducting a systematic review

Systematic reviews utilise rigorous methodology to identify, appraise and synthesize the available evidence to answer a specific research question; given the ever expanding body of published literature the need to accurately appraise the evidence base for a given research questions is critical. So, how long does a systematic review take? Kaiser and colleagues conducted a meta-analysis, using the PROSPERO registry (an international database of prospectively registered systematic reviews) to quantify the time and person-hours needed to conduct a systematic review. The analysis indicated that the average estimated time to complete the project and publish the review was 67.3 weeks and the average number of authors per review was five. In light of the time and human resources required to conduct a systematic review the authors suggest that approaches to indexing and coding of metadata could reduce the resources required to identify the relevant literature.