August sees eight new entries in the top 10 most read articles. Maintaining the top position for the second consecutive month is longitudinal cohort study by Xie et al, which examines the association between Proton Pump Inhibitors and the risk of all-cause mortality. 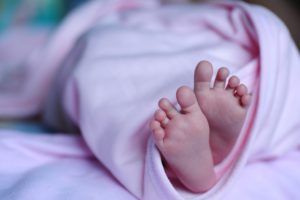 At number two is a new entry from Vreman et al, who use a microsimulation model to assess the health and economic benefits of reducing sugar intake in the USA. This is followed by an ecological analysis by Diniz et al, looking at the factors associated with breast cancer mortality in São Paulo, Brazil between 2006 and 2012.

Booker at al reach number four this month with a qualitative systematic review that investigates the motivation for and experience of seeking emergency ambulance treatment for primary care conditions. The findings suggest that complex socioemotional factors and physical symptoms are involved in the decision making process, which can be influenced by caregivers.

At number six is a systematic review and meta-analysis exploring the association between private medical insurance and the odds of caesarean section. The authors found that caesarean sections were more likely to be performed in women who were privately insured, compared to those who were not. The authors call for a review of payment and reimbursement schemes to determine influencing factors.

Finally, at number 10 this month is a systematic review and meta-analysis from Spencer-Bonilla et al. The authors sought to establish the effect of social network interventions on health outcomes in patients with type 2 diabetes. The authors conclude that while the existing body of evidence is limited, the findings are encouraging.