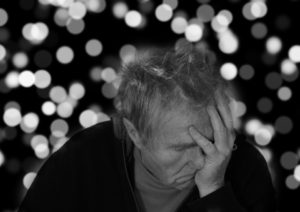 As we age, we can appreciate how our body changes in our hair, skin, and joints, letting us know that we are getting older. Alongside these obvious changes, our brain starts its own aging process too, although the symptoms might not be as noticeable. This perception mismatch is one of the key challenges in the prevention of neurodegenerative disorders.

In recent decades, thanks to the development of advanced imaging techniques, the changes occurring in our brain as we age have been observed permitting early diagnosis of neurodegenerative processes such as Alzheimer’s disease.  However, making a confident diagnosis relying on few symptoms and brain images remains challenging because some of the Alzheimer’s indicators are also an inevitable part of normal ageing.

Now, a new study published this month in BMJ Open, brings the prevention of Alzheimer’s disease a step forward.  Combining the current diagnostic imaging tests used by doctors with powerful statistical analyses, researchers propose a model that could not only help accurate early diagnosis, but also the identification of healthy people at high risk of developing Alzheimer’s disease.

Alzheimer’s disease is a progressive disorder that affects between 10 and 30% of the population over 65 years of age according to the best estimates to date. The main brain areas damaged during disease progression are the cerebral cortex, responsible for our motor coordination and perception of sensory information, and the hippocampus, responsible for much of our memory. Using Magnetic Resonance Imaging (MRI) images of the brain, which reveal the anatomic structure of the brain, doctors can in most cases diagnose Alzheimer’s disease in contrast to healthy ageing. However, prevention – the identification of healthy individuals at risk of Alzheimer’s disease before brain damage occurs – is yet to be achieved. This is what this timely study by Cespedes and colleagues set out to answer: How can individuals at high risk of developing Alzheimer’s disease be identified?

The researchers obtained the brain images from patients from the Australian Imaging Biomarker and Lifestyle Study of Ageing (AIBL), an ongoing study which aims to discover factors potentially influencing the development of Alzheimer’s disease. A group of healthy adults, subjects having mild cognitive impairments, and Alzheimer’s disease patients had a MRI scan done every 18 months from the age of 65. The authors analysed the images obtained using an authoritative statistical technique and observed marked differences between the three groups. Comparing the volume of the hippocampus, one of the main areas affected by neuron loss during Alzheimer’s disease, allowed the identification of high-risk individuals who progressed from being healthy to having cognitive impairment over time (graphical representation below). Additionally, the researchers could detect specific time points when major degenerative events were likely to occur. 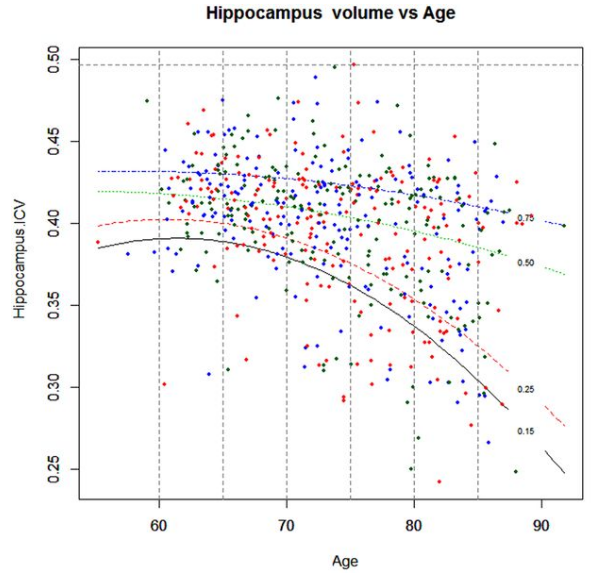 Image: graphical results representing the average volume of hippocampus in the brain against the age of the participants in healthy ageing adults (BLUE), subjects with minor cognitive impairments (GREEN) and diagnosed Alzheimer’s disease patients (RED). Note the marked differences in the hippocampus volume between the 3 groups in patients over 80 years of age.

To date, treatments that fight brain damage are used to ameliorate Alzheimer’s disease progression, but the future and ultimate goal of the research community is prevention; if individuals at high risk of Alzheimer’s disease could be confidently identified, active treatments beginning at around 50 years of age could prevent disease onset in the future. That is why using analyses such as the one described in this study could become crucial in preventing disease onset in still healthy individuals before clinically evident symptoms emerge, eradicating Alzheimer’s disease.

Impact of the COVID-19 pandemic on timeliness and equity of measles, mumps and rubella vaccinations in North East London: a longitudinal study using electronic health records