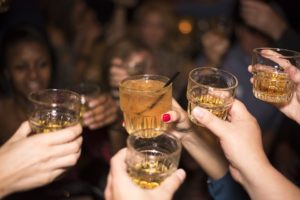 October sees six new entries make it into our top ten most read articles. In at number 2 is a systematic review investigating birth cohort changes in male-to-female ratios in indicators of alcohol use and related harms. The authors concluded that the male–female gap in alcohol use was closing over time, with women now drinking almost as much as men. At number 3 is a survey of GPs’ knowledge, attitudes and practice regarding female genital cosmetic surgery in Australia. The study found high rates of women contacting their GP about genital normality concerns, with those requesting female genital cosmetic surgery frequently having a suspected or diagnosed psychological problem.

Other new entries include a documentary analysis of opponents to standardised packaging in the UK by Dr Jenny Hatchard and colleagues from the University of Bath and Aston University. The authors found that opposition to standardised packaging was primarily undertaken by third parties with financial relationships to major tobacco manufacturers, whilst a lack of transparency regarding these links created a misleading impression of diverse and widespread opposition.

Ravnskov et al.’s systematic review on the associations between low-density-lipoprotein cholesterol and mortality remains in first place for a fifth month in a row.

Systematic review and meta-analysis to examine intrapartum interventions, and maternal and neonatal outcomes following immersion in water during labour and waterbirth

Associations between WASH-related violence and depressive symptoms in adolescent girls and young women in South Africa (HPTN 068): a cross-sectional analysis