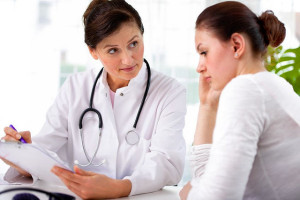 A recent study published in BMJ Open found less than 3% of the British public could define the meaning of overdiagnosis correctly. We talk to lead author Dr Alex Ghanouni about his research.

Stories about the ‘overdiagnosis’ of medical conditions regularly make the headlines. “GPs to trial new tests for asthma amid concerns about overdiagnosis” reported The Guardian in February, whilst in March The Telegraph declared “ADHD is vastly overdiagnosed and many children are just immature”. But what is meant by the term overdiagnosis and is it correctly understood? Some stories equate overdiagnosis with the proliferation of misdiagnoses or so-called ‘false-positives’ where a diagnostic test wrongly indicates that you have a medical condition. These meanings, however, are considered inaccurate by medical experts. They instead define it somewhat counter intuitively as the diagnosis of a disease which would never have become clinically apparent in a person’s lifetime. In other words, the disease is real but it does not cause the patient any harm, whether or not it has been identified through a medical test.

A research group led by Dr Jo Waller from University College London set out to assess the British public’s awareness and understanding of overdiagnosis. Why did Dr Waller and colleagues pursue this particular topic? “Our interest in overdiagnosis came primarily via the debate around its significance in breast cancer screening” explains Dr Alex Ghanouni, a member of the research team. Screening tests for breast cancer may lead to the identification of tumours that would not have presented clinically in the absence of the screening test. Overdiagnosis is therefore a significant concern because it could result in patients receiving unnecessary treatments as well as needless stress and anxiety that arise from receiving a diagnosis. “Knowing that the public often has only limited knowledge about the intricacies of screening tests, we speculated that the term has not reached public awareness, despite intense professional debate. We thought it important to assess this since it would limit people’s ability to consider it when deciding whether to take up a screening invitation.”

Dr Waller’s team surveyed 390 adults from the UK aged 50-70 years of age. The survey asked participants if they had seen or heard of overdiagnosis and, if they had, to explain what the term meant. Results revealed that just 3 in 10 participants had encountered the term before, whilst less than 3% of all participants surveyed provided responses that were consistent with the accepted definition. A number of common misconceptions were identified, including equating overdiagnosis with both ‘misdiagnosis’ and ‘false-positive diagnosis’.

The study’s findings attracted a large audience when they were published in March. Were the authors surprised by the level of attention that their study received? “We were surprised in some respects”, says Dr Ghanouni, “In previous studies, we have found that overdiagnosis is something that few people understand intuitively and so we had some expectation that this would make the study less accessible to the general public. On the other hand, we were aware throughout the study that we were researching a topic where there were many strong views among medics and academics and so we did expect a degree of attention, at least among people working in related fields.”

The survey results replicated previous studies that found low public knowledge of overdiagnosis in the UK and elsewhere. Dr Ghanouni and colleagues plan to further develop their research in this area. “This is an area of research that we are keen to take further and have in fact just had a paper published on a follow-up topic, namely, of information about overdiagnosis in breast screening that the public can read on the most prominent UK and Australian health websites. Some of our findings were quite striking; for example, we found that a markedly higher proportion of websites included relevant information compared to the last study to review information on the web, in 2002. This might indicate that the topic will gradually become something that more people know about.”

For further information about overdiagnosis please see The BMJ’s ‘Too Much Medicine’ campaign, which aims to highlight and contribute to the evidence base on overdiagnosis and overtreatment. This includes a recent digital theme issue on overdiagnosis. The BMJ is also a partner in the upcoming Preventing Overdiagnosis conference that will be taking place on 20 – 22 September 2016 in Barcelona, Spain.