This week we’re celebrating our fifth anniversary by highlighting some of the articles that have gained us attention, along with some that demonstrate our unique approach.

Cited 66 times in Web of Science and with an Altmetric score of 480, “Hypnotics’ association with mortality or cancer: a matched cohort study” is certainly one of the most influential papers ever published in BMJ Open. Using a database including more than 10,000 patients, the study from Daniel Kripke and colleagues highlighted an association between sleeping pills and mortality. 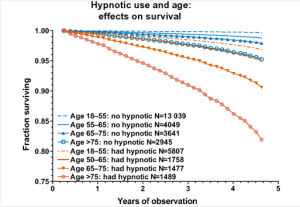 We wrote to Dr Kripke to comment on the impact his article has had around the world:

“Publishing in BMJ Open was very satisfying, since the review was fast and fair, editing done well, and publication rapid and accessible.  The press release was remarkably effective.  In 50 years of research, I have never had an article covered so widely:  not only in European and North American media, but also in Japan, China, Thailand, even Myanmar, Bali, Yemen, and Ruanda.

“The important result, four years later, is at least 50 new studies of hypnotics risks, most of which mention our work.  This growing scientific focus is confirming and defining the risks of hypnotics more clearly.  I was particularly happy with Weich et al. that largely replicated our results in an even better-done study of a larger group, and Palmaro et al. that clarified how short-term hypnotics exposures have particularly high risk ratios.  New British and Taiwan studies have expanded the evidence for severe infection risks of hypnotics, a phenomenon that requires much more clinical and laboratory exploration.”

Also of note is the extensive post-publication discussion, along with extensive mentioning on Twitter that continues four years later.

“In BMJ Open, the lively COMMENTS section response was very helpful in clarifying scientific critiques of our work, some of which I had the opportunity to rebut, and in disclosing the public emotional reactions that we need to understand for public health interventions.”

Examining the barriers, facilitators and attitudes towards COVID-19 vaccine and public health measures for black communities in Canada: a qualitative study protocol

Prevalence of self-reported lifetime medical diagnosis of depression in Brazil: analysis of data from the 2019 Brazilian National Health Survey

Agreement between an expert-rated mini job exposure matrix of occupational biomechanical exposures to the lower body and technical measurements or observation: a method comparison study

Assessing medication use patterns in patients hospitalised with COVID-19: a retrospective study