2015 was another exciting year for BMJ Open, with over 1500 articles published. Since launching in 2011, we have published over 4000 articles, and we look forward to February, when the journal will celebrate its fifth anniversary.

In December we surveyed our staff editors, who oversee and manage the peer review process, to tell us about their favourite articles from 2015. We managed to narrow the list down to seven editors’ picks, and we will be presenting the results over the next few days. 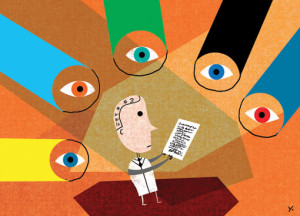 BMJ Open operates a fully open peer review process where authors and reviewers are made aware of each other’s identity. We also publish the reviewer reports and authors’ responses along with the accepted manuscript. By prioritising transparency in the process, we believe our model opens up the ‘black box’ of peer review. It also gives authors greater incentive to produce high quality reports and makes reviewers more accountable.