Blog entry written on: Analysis of reports of unintended pregnancies associated with the combined use of non-enzyme-inducing antibiotics and hormonal contraceptives (bmjebm-2020-111363)

The British National Formulary (BNF) currently advises women to continue with their usual oral contraception when they start an antibiotic (except for enzyme inducers, e.g. rifampicin).

BNF 60 (September 2010) noted that “Some antibacterials that do not induce liver enzymes (e.g. ampicillin, doxycycline) may reduce the efficacy of combined oral contraceptives …”. But by September 2011 the advice had changed: “Latest recommendations are that no additional contraceptive precautions are required when combined oral contraceptives are used with antibacterials that do not induce liver enzymes”. This change was based on a 2011 report from the Faculty of Sexual and Reproductive Healthcare, following a 2009 WHO report. Those reports relied on studies that appeared to show no interaction, although they couldn’t always rule one out. They ignored the weaknesses of the evidence, the fact that no-one had studied unbound hormone concentrations, and the likelihood that not all women were susceptible. If 10% of women were susceptible, with an annual contraceptive failure rate of 2%, you’d need to study 200 women to have a 95% chance of detecting an interaction. The largest randomized studies had recruited 24 women.

If you were a woman of child-bearing age, keen, for whatever reason, not to become pregnant, would you want to risk pregnancy from taking an antibiotic? Even if the risk was small, why take the chance? Why not take other precautions for a week or two?

The BNF adopted the WHO’s advice, even though that advice could never be better than the evidence it was based on. How could we explore the interaction? Perhaps the UK’s Yellow Card system, through which healthcare professionals and patients can report suspected adverse drug reactions, would be informative. But did the reports include “unintended pregnancies”? We looked. They do.

First, we assumed that there is no interaction. Then we tested this assumption. We:

Imagine that you’re a woman of child-bearing age (perhaps you already are), keen, for whatever reason, not to become pregnant just now. What chance would you be prepared to take? Why discard even the smallest possibility that this interaction is real? It doesn’t make sense.

Some are convinced that this interaction does not exist. Some claim that extra instructions may confuse women, causing poor adherence and more contraceptive failures. This patronizes women and deprives them of the choice of what to do. Others suggest giving simple advice.

We’d say to any woman who asked us about antibiotics and the pill: “‘If you are keen not to get pregnant, it is best to avoid sex or to take extra precautions.”

If you’re in doubt, ask your prescriber for advice. And show them this blog. 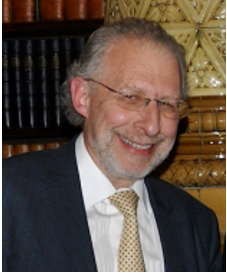 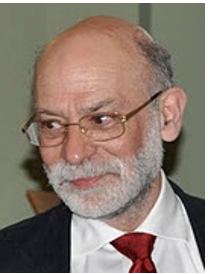 COI: Neither JKA nor REF has a financial conflict of interest; they confess to never having taken an oral contraceptive, nor ever having been pregnant, although both have children.