As far as I know, Sir Humphry Davy Rolleston, Bart, GCVO, KCB, LLD, MD PRCP, has been the only President of the specialist society, the Medical Society for the Study of Venereal Diseases (MSSVD) to have also been the President of the Royal College of Physicians. He was the son of George Rolleston FRS FRCP, Linacre Professor of Physiology at Oxford and his wife Grace who was the niece of Sir Humphry Davy the chemist after whom he was named. He was a direct descendant of Sir Michael Stanhope, the Groom of the Stool of King Henry VIII and was 22nd in direct line from King Edward I. He was mainly associated with St George’s Hospital in London but became the Regius Professor of Physic at Cambridge. He was the Physician-in-Ordinary and Extraordinary to King George V. He served in the South African War and was Consulting Surgeon to the Royal Navy in the First World War with the rank of Surgeon Rear Admiral. He was the first baronet, the KCB decoration is usually awarded to senior military officers and civil servants, so presumably it was for services to the Navy and the GCVO for services to the Royal Family. The Journal was fortunate indeed to have such an eminent physician write the introduction to its first issue.

Sir Humphry mentioned, in his introduction, the fact that venereology had been, in the main, the preserve of surgeons in the UK. This state of affairs continued until after the Second World War in many institutions. Indeed, when the specialty was changing its name to genitourinary medicine in the 1970s, an impassioned letter was received from Mr Ambrose King (originally trained as a surgeon), formerly of the London Hospital, deploring this move. In the 1970s many recruits to the specialty were from an obstetrics and gynaecology (thus surgical) background. Nevertheless, it is now established as a medical specialty in the UK, but some old timers still prefer the name venereology; the term genitourinary medicine is not recognised outside the UK. In Europe, and in most of the rest of the world, dermatovenereology is the specialty or as the British Army used to call it – “skins and foreskins.”

Sir Humphry referred to the “gentle reader,” at a time when doctors, perhaps, did not keep up with the literature as they do today. However, he did hope that the Journal “would appeal to an audience of both general practitioners and those who confine themselves to venereal practice.” With the availability of new diagnostic tests, general practitioners in the UK, especially those in private practice, are taking on more work in this area and it is to be hoped that they may indeed avail themselves of the knowledge contained in the Journal.

Colonel Harrison described the new venereology service, established following the 1916 VD Regulations. Voluntary hospitals (teaching hospitals) had clinics funded by the Ministry of Health, and local authorities funded other clinics, assisted by some central funding from the MoH. The NHS created a level playing field and also advanced the status of those practising in the field allowing some to become consultants. Colonel Harrison, very much the father of the field who retired in the 1930s, although practising at St Thomas’ Hospital, was never admitted to the medical staff of the hospital. The Health and Social Care Bill (2012) in England and Wales has transferred the commissioning of sexual health services to local authorities again, as was the case in Colonel Harrison’s time. While I imagine some central funding is reaching the authorities, the services will be in competition with welfare, education, social services and even waste collection. With some of the cuts being proposed, this does not augur well for the future no matter how efficient the service becomes.

Finally, when the Journal was established, it was under the direction of the MSSVD Council, which also appointed the editor. I don’t know which company published it but it was put out of business by enemy (German) bombing during the Second World War. The BMJ group kindly stepped in and has been publishing the Journal ever since. Apparently, it lost money at certain times and the BMJ bore the losses. But the Society records were lost during the war, also due to bombing, and no one knows what arrangements were made with the BMJ. The BMJ has produced no documentation either. This led to a little frisson between the Society and the BMJ in the late 1970s, particularly because the BMJ had sustained losses in order to keep the Journal going, yet some older members of the Society maintained that the Society still owned the Journal. The issue has now been buried and we should be grateful that the Journal was not lost. e seréd in the South African War and in the Roylal navy 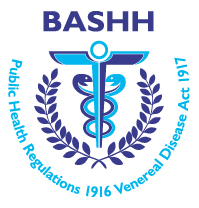