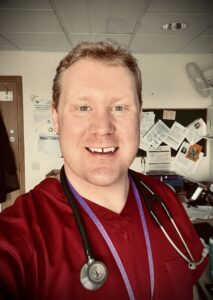 So good to see you again. A true delight, a pleasure, I find myself overcome with delight at the sound of your voice. We failed to succeed in rebranding ‘Palliative care’ but I am overjoyed to be able to relay some of the wonderful projects we have worked on since.

You see we have set our sights higher than ever before. The environment! Politics! Rebranding has become the new face of modernity.

Only last week we spoke with a client about (whisper it)-fracking-dreadful business but business all the same. Fracking amazing, I said, a scalpel to make Great Britain’s Billionaires smile, and what more does the every day man want?

So-your dilemma; you want to consider rebranding the language of dying. I seem to remember we discussed this last time? Disease Entropic Acquired Telomeric Halting (DEATH), not good enough?

Ummhmm people keep saying ‘pass away’. You don’t like it. You want people to say dying but they don’t like that. Well, maybe a compromise- a portmanteau-everyone liked ‘Branjelina’ -perhaps ‘Daway’ or ‘passeth’. That last one sounds positively medieval, no?

I like ‘ancestor syndrome’ myself, or ‘superlative non-breathing state’, wordy, I know but up-beat. Unlike them. Ha! Sorry, poor taste.

So what is it about language that is so difficult? Is it the words or the anticipation of their meaning, of unknown responses to metaphorical baying dogs that once loosed may turn on their owner rather than their prey? It seems to me that perhaps it isn’t the words after all but how you say them.

I’ve got it, try this: ‘terminal risk un-tachycardia halting’, I know, sounds like nonsense; but spells- TRUTH. Perhaps at the end, that’s all we need.

There’s no reason to look at me like that. You know the only reason I took this job was because the alternative was rebranding Liz Truss…

A note from the author: Sorry.