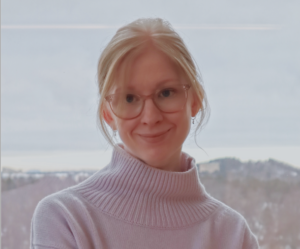 Thesis: Socio-economic differences in the healthcare utilisation of older persons in Sweden

“Even if I’m dying, until I actually die, I am still living”

The above quote is from the memoir “When Breath Becomes Air”, which chronicles the author’s journey from being a medical student to a neurosurgeon. Moving from being preoccupied with the idea of death to grappling with death on a daily basis. Out of the blue he faces his own mortality after a CT scan reveals he has stage IV lung cancer, though he just went because of back pain [1]. The author’s story sums up the events that occurred in the final months, weeks and days of his life, and it brings to the surface, how a person experiences of the last phase of life depends on the support around them as well as the health care they undergo.

Inequality in health and healthcare

“Inequality” can simply be understood as differences that arise because of the uneven spread of resources and opportunities in the population. Social inequalities in health are widespread and socio-economic measures like disposable income, education or the area or residence are often used to explore differences in health between different groups. Time and again, lower socio-economic groups tend to experience illnesses and poorer health earlier, and a reduced life expectancy. The health care system can reduce the negative effects of poor health by promoting fairness and providing care to those in need and protecting vulnerable groups from hardship due to illness. In spite of this health care services are not usually distributed fairly, and socio-economic differences in the use of health care persist even when need of care is considered [2]. Worse still, these socio-economic differences persist in the care received towards to the end of life. As low socio-economic groups can experience worse care, for instance not receiving specialist palliative care, using more acute hospital care and are more likely to die at hospital rather than in their homes [3].

Our research attempts to gauge the journey through the Swedish health and social care system, from the perspective of health care spending on inpatient care during the last year of life. As death is being pushed to older ages, my research focuses on those 65 years and older. It is particularly interesting to look at the outcome of spending as it indicates both the use of care and the degree of resources spent (i.e. hospital bed days, treatments, medication, consultations) on caring for a patient. Though it is true that focusing on inpatient care spending does not capture the total cost of dying, inpatient care does account for a substantial share of health care spending in the last year of life [4].

The inspiration for my research was a previous study with the eye-catching title “Inequality in the face of death”. Set in Stockholm County in the early 2000s, the gist of their findings was that having higher income was correlated with higher public spending on health care in the last year of life [4]. Although, this finding is somewhat surprising when you consider the Swedish context where health and social care is tax-funded and universal. Guided by the principle “equal access for equal need”, so patients should be given the care they need, when they need it [5]. Though, socio-economic differences in health care spending is not a phenomenon exclusive to Sweden, and similar findings have been observed elsewhere.

In our study we found socio-economic differences among those that sustained the highest inpatient care spending, those at the top five per cent of the distribution. Where those with higher income received higher spending on inpatient care compared to those with lower income in the last year of life [2]. When we interpret these findings there are things we need to consider. Firstly, we observed differences in the group of high spenders that use a lot of health care resources, and are viewed as accounting for a sizeable proportion of total health care spending. Secondly, our findings go against what would be expected. As frequently individuals with a low socio-economic background face more illnesses and poorer health, so are more likely to have a greater need of inpatient care, and subsequently, would have higher spending on care.

Finally, there are always difficulties in getting a satisfying explanation of the reality behind statistics. Particularly as we cannot work out what spending on inpatient care was appropriate or inappropriate. To know what is appropriate would require knowing how to correctly define and measure need of care, to be certain that the resources are being provided according to need. But until then continued efforts are needed to reduce socio-economic differences in care in the last year of life, to understand why the distribution of care varies between socio-economic groups and why socio-economic factors influence the care received. Lastly, it seems that Sweden has not lived up to their equality ambition, and in that case what does the situation look like in less ambitious systems.