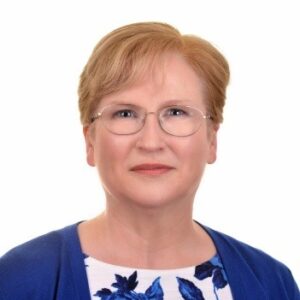 Colleagues working in Cystic Fibrosis are superb clinicians! CF has led the field in medicine – thinking critically about the care it delivers, measuring outcomes and performance, conducting research and publishing. The specialty has achieved much in the past 80 years, pushing the age of death from childhood in the 1960s to middle age in this century. Of the 137 people who died with CF in the UK in 2018, the median age of death was 32 years. Triple therapy and further research developments will further extend lifespan toward late middle age. However, there remains a lot to learn about triple therapy. Some people will be ineligible, there are a diversity of genetic mutations in CF and globally many will not have access to these expensive drugs.

What about palliative care in CF – it deserves and requires the same critical thinking, attention to outcomes and research as other aspects of care.

What is known of symptom prevalence and management as you live with CF?

Symptoms are common and troublesome – Sawicki reported a median of 10 symptoms, cough, breathlessness, lack of energy, pain and psychological symptoms.

Management strategies are drawn from first principles and from research in patients with cancer. That does not necessarily invalidate the strategies but neither does it support them in patients who are particularly susceptible to anticholinergic adverse effects. Guidance by the European Cystic Fibrosis Society is based on expert opinion. Research in the area of symptom management is urgently needed. International collaboration will yield data and results more rapidly.

What is known about prognostication and frailty in patients with CF?

Advanced CF lung disease (ACFLD) is associated with reduced quality of life, worsening symptoms, increased exacerbations and increased use of healthcare. All people referred for lung transplantation have a diagnosis of ACFLD. Why not involve palliative care at the rather late point of considering transplantation?

It is necessary to further refine ACFLD, defining frailty in CF and allowing more tailored prognosis. What is important to most people and their loved ones is an understanding of their personal prognosis which affords an opportunity to ‘hope for the best and plan for the worst’.

What is known about advance care planning (ACP) in CF?

People with CF are thinking and worrying about their choices and future – Sawicki et al reported that 74% of people spoke with a non-healthcare practitioner, usually their family, about the care they would want when they became too ill to make decisions for themselves. Currently, most conversations are taking place in an emergency setting. Healthcare professionals need to step forward to offer an opportunity to start an advance care planning conversation.

What is known about the care of those who are dying of CF?

There has been little investigation and research into the care and management of people who are expected to die or those who are dying acutely and unexpectedly. Prospectively surveying all deaths and developing an annual audit would develop knowledge and improve care of both acute and expected deaths.

What is known about the bereavement of people whose loved one has died of CF?

Little is published in this area. Further research in the area of bereavement would be invaluable including understanding the effect on siblings and children of those who have died of CF disease.

People with CF, their friends and families, healthcare practitioners and the charitable organisations that lobby to improve care and support the CF community should expect that research is undertaken into symptom management, care at the end of life and bereavement care.

Lack of racial diversity within the palliative medicine workforce: does it affect our patients?

Palliative medicine education--Bed Race, The End of Life Board Game in undergraduates