Deletions of the HoxC gene cluster result in variable phenotypes in mice, but have been rarely described in humans. Here, we report chromosome 12q13.13 microdeletions ranging from 13-175 kb and involving the 5’ HOXC genes in four families segregating congenital lower limb malformations, including clubfoot, vertical talus and hip dysplasia. We identified reduced HOXC gene expression in fibroblast cells from a patient with a 5’ HOXC deletion and reduced expression of the closely related HOXD genes which have previously been implicated in congenital vertical talus, suggesting HOXC regulation of the HOXD cluster may contribute to lower limb phenotypes. (By Dr. Christina A Gurnett, http://jmg.bmj.com/content/early/2016/01/04/jmedgenet-2015-103505 ) 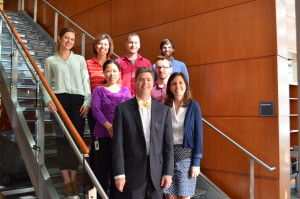