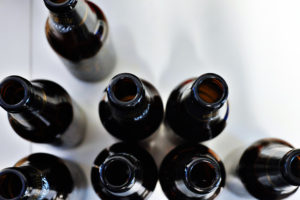 [SB] This post is by Nicholas Page and Jonathan Shepherd.

Jonathan Shepherd is a Professor of Oral and Maxillofacial Surgery and Director of the award winning Violence Research Group based at Cardiff University. Follow the Violence Society RG on Twitter @ViolenceSociety

[NP & JS] Alcohol abuse is a major risk factor for violence. For this reason, interventions seeking to reduce alcohol consumption often form a central part of violence prevention strategies, both globally and domestically. Increasing the price of alcohol, for instance, has been linked to significant reductions in many alcohol-related disease and injury conditions, including violent injury. A study in England and Wales, for example, found a negative relationship between violent injury and the price of beer, after accounting for other potentially influential factors. The logic here is that higher prices mean we buy and drink less alcohol – an assumption that is well supported by numerous peer-reviewed studies. From this, we understand the relationship between alcohol price and violence as a two-stage process; first, from alcohol price to alcohol consumption and second, from alcohol consumption to acts of violence.

But, in this previous study, violence was measured using rates of emergency department (ED) attendance between 1995 and 2000, and the price of beer was based on the average value of a single pub-bought (tavern-bought) pint over the same period. Acknowledging that purchasing trends and licensing laws have changed over the last two decades, we at Cardiff University’s Violence Research Group – the authors of the original study – repeated the study using the same ED violence measure but substantially extended the scope of the research beyond the price just of beer and on-license prices.

This latest study – recently published online in Injury Prevention – compares violence-related attendances from 100 EDs across England and Wales between 2005 and 2012, with alcohol prices (including beers, wines, spirits, and ‘alcopops’ – flavoured alcoholic beverages) from both on-trade (e.g. pubs and clubs) and off-trade (e.g. supermarkets and off-licenses) alcohol outlets. In support of our previous finding, the risk of violent injury was once more strongly negatively related to the price of alcohol in both outlet types; again, taking into account the influence of other potential confounding factors.

The implications of these findings are both theoretical and practical. First, because alcohol prices are not affected by rates of violence, the argument that links between violence and alcohol simply reflect the propensity of violent people to drink more alcohol than people who are nonviolent can be dismissed in this instance. Second, and most importantly, our findings showed that as little as a 1% increase in alcohol prices could reduce the number of patients attending EDs for treatment of violence-related injuries in England and Wales by around 6,000 patients per year. Crucially, to achieve such a substantial reduction, the price of alcohol must be raised in both on-trade and off-trade outlets. This would mean, since on-trade prices were found to be more influential in driving violence and that alcohol prices in this trade are already far in excess of the proposed minimum unit price (MUP) range of around 45-50 pence in the UK, that alcohol pricing policies which focus on tax increases are likely to have a greater influence on violent injury than MUP.

Together with similar findings from the USA, this research provides compelling evidence that making alcohol more expensive would reduce violence. Increasing the price of alcohol through tax increases is a national intervention which would be relatively straightforward to implement. The evidence speak for itself: even small price increases could substantially reduce alcohol-related harms, lead to safer towns and cities, decrease costs to health and criminal justice services, and increase revenue for governments.