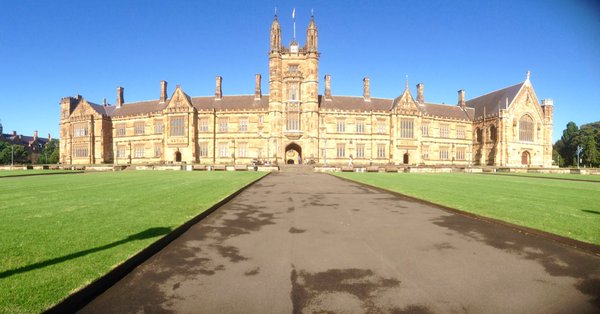 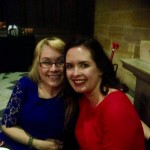 (SB) Recently, Bridie Scott-Parker and I attended the 12th Australasian Injury Prevention and Safety Promotion Conference in Sydney Australia. We had never met before, yet Bridie and I have been working together both on the executive board of the Australian Injury Prevention Network (which hosted the conference along with The George Institute for Global Health), as well as here on the social media editorial team for Injury Prevention. I was, therefore, delighted to meet Bridie in person. It seems this has been a pattern in my own networking recently: online before in person, as I reflected here on cementing online networks and collaborations. Those of you who read this blog, and have perhaps followed my musings on other platforms, will know that I often wax lyrical about the power of social media for this purpose – particularly for postgraduates.

At the conference, as the student representative of the AIPN, I coordinated a discussion panel for student delegates. The panellists brought diverse points of view: full professors, early career researchers, practitioners, and PhD students (and not a manel in sight). This session was designed to be organic in nature, and evolved into a discussion largely around career paths, networking, mentoring, and also the ‘mess’ (or ‘dirt’ – inside joke for those that were there) of work-life balance.

It is often assumed that formal mentoring and networking are the cornerstones of career development advice for postgraduate students. Yes, these are important and should be formalised, especially for women. However, well-meaning advice often translates into flawed advice that negates the lived experiences of students themselves (particularly when those include experiences of structural inequality). Indeed, when I was planning the student panel session, and after talking to some fellow students, it became clear that generic mentoring and networking advice was not what students want to hear.

From my point of view, as a current PhD scholar, it was fascinating to see how willing more established researchers are to opening up and having honest conversations about the very same struggles and failures that we have – if they are only asked about them. Impostor syndrome, introversion, emotional work…holding space for vulnerable conversations about these topics made more of a difference for many of us than formal career advice ever will. It is so easy to forget that academics are humans too, and it is this personal side that students like me find encouraging to hear about.

In talking career pathways, it was encouraging to hear from panellists that a career is not a linear pathway. So often the stories we hear are of successful people who were ‘in the right place at the right time’, or ‘lucky’ that their careers evolved as they did. But in reality there were, in fact, clear and often difficult choices that panellists had made over the course of their careers. The importance of personal boundaries set in place from which career risks can then be taken, or moves that can then be professionally and/or personally made were mentioned by all panellists. We each have a guiding instinct as to where we want to go – trust it. Career paths are sideways and forwards and backwards and upwards and onwards  – and that is okay.

On the dreaded “networking!”: building a network is more about quality of connection than quantity. One new strong connection is better than a fistful of business cards. Yes, flattery will open up a conversation (top tip: don’t know how to initiate a conversation with an academic? Comment on their work! Even better if it is a favourable comment), however genuine conversation, and giving something back to others will sustain it. More often than not, people want to help other people – and are happy to do so. This may not need to be in the form of a formal mentor or networking connection – often one quick coffee together can be enough to impart valuable tacit knowledge.

As a personal note to other postgraduate students, it is well worth the effort to get involved in an executive board of an organisation, or a conference organising committee. The true value in any career building/mentoring/networking opportunity lies in adding value yourself. It has taken me a long time to figure this out. In my opinion, you will get more out of being useful and getting involved, than you ever will out of being given passive advice by others. How can you be useful? This does not need to be a grand gesture or even include a highly specialised skill – in my case, offering to do social media has been my easiest path to making myself useful. Prove yourself competent at something, no matter how small, and people will take notice.

The best mentoring/networking relationships lie not in a one-way give-and-take, but rather are two-way streets. The very best mentors and colleagues learn as much from students, as students learn from them. That is your gauge as to whether a professional relationship is worth the effort. I often think that emerging researchers can, and should, be more discerning as to who they choose to learn from. Also remember that it is good to have more than one mentor – people have skills in different areas, and not everyone can be everything to everyone. In our wide-eyed idealism we are often a little too keen to make every connection that we can into everything we can.

In this spirit of great connections, I have asked my ten-minute one-off networking-mentor Bridie Scott-Parker (I saw her great networking skills in action during a valuable ten-minute conversation at the conference) to add her perspective here as a panellist at the session.

(BSP) I have blogged previously on the importance of attending conferences, with one of the most beneficial aspects being the opportunity to network with others in the field. After chatting with Sheree – in person after many email and telephone conversations – I realised that the value in networking really lies in both parties having the chance to learn as they share different perspectives. In this respect no matter at what stage you are currently at in your injury prevention career someone can learn from you and you can learn from others. Network away!

For me, the conference panel was an opportunity to show students that life as an injury prevention researcher is not a bed of roses upon which you frolic with unicorns, rather that there is no one path that everyone will follow and that is okay. For me personally, the panel was also an opportunity for me to be kinder to myself, as you will be hard pressed to find a greater critic of me than myself. I became very ill during one of my undergraduate degrees, and I thought I would only ever be the ‘token disabled person’ in my classes and in any employment I ever achieved, if I could achieve any employment. I also had the double-whammy of juggling two small children – another great source of anxiety, as what the heck am I doing studying and trying to work, while juggling fun things like medication trials, when I should be focused on being Mum?

I think sharing a snapshot of some of the self-doubt I have felt, the relentless voice that tells me I am the equal opportunity person when I am not, and how I ended up in injury prevention after a long and winding road, and not just how I managed to succeed academically and in the increasingly-competitive domain of research, resonated with some of the students who may themselves be struggling with self-doubt, feeling like a failure as a Mum who cannot get any semblance of a work-life balance, and who cannot see any clear trajectory from where they have come from to where they aspire to be in the future. In many ways, that is the magic of life, but that phrase would have been cold-comfort to me as a stressed student! And that is okay.

(SB) Yes! I will repeat: academics are humans too.