My very first blog – two years ago this month (!) – was on the topic of injuries sustained when using all-terrain vehicles. Growing up in a rural Australia, quad-bikes were a common and viable option to horses when mustering, checking fences, checking water, setting traps, etc. Since moving to the city as a young adult, and now working in a region that is one of our state’s most popular holiday destinations, I see quad-bikes used for recreation rather than for work. The injury risks for the rider remain the same, however, and I personally find myself attuned to any news reports in which a rollover or other crash had occurred (a couple from Queensland in the last couple of weeks: Three riders one bike; Young boy; Lady rider; some inquest discussions).

Yesterday I came across an article which examined the reporting of quad-bike-related injuries in data collections in New South Wales during 2000-2012. Mitchell, Grzebieta, and Rechnitzer used the World Health Organization (WHO) injury surveillance guidelines as their benchmark. None of the five datasets recorded all of the core minimum data items or the core optional data items. With respect to the core minimum data items, only the injured person’s age and sex was consistently reported, with much variation in the recording of core injury characteristics such as the place of occurrence and the nature of the injury.

Further hampering injury prevention efforts, the Authors note a “general lack of information regarding the make, model, and engine sixe of the quad bike, whether any ROPS, attachments, or loads were affixed to the quad bike or whether any objects were being tow3erd by the quad bike….whether the individual was wearing either a helmet or a restraint was not often collected.”

I have blogged many times regarding the need for quality injury surveillance data – I would argue that at this time, certainly in New South Wales, this appears to be lacking. I agree with the Authors’ call for data linkage – here we have five data collections that could complement each other and could tell us the bigger (albeit fractured and possibly still incomplete) picture. 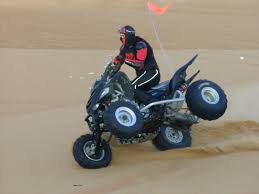