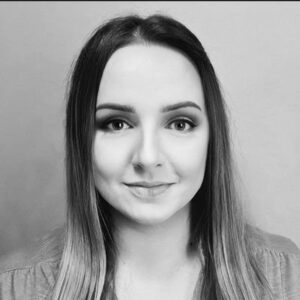 I begin this blog with a sense of trepidation. It’s been just under two years since I co-authored a paper on academic freedom in nursing (The Culture Wars, nursing, and academic freedom – Darbyshire – 2020 – Journal of Advanced Nursing – Wiley Online Library) in which we explored the nature of academic freedom alongside creeping restrictions and a growing climate of fear. Some topics, we argued, are essentially radioactive leading many to avoid discussion and exploration. Back then, there was little engagement from nursing on some of these subjects, particularly emerging issues on sex and gender within healthcare. The main conclusions of our paper focussed on the dangers posed to patient safety, dignity and care when nurses are not able to discuss, learn and contribute to evidence without fear.

Since then, several of the authors have made further contributions on this issue (Sex, gender and nursing – Ion – 2021 – Journal of Advanced Nursing – Wiley Online Library; Gender Dysphoria in children and young people: The implications for clinical staff of the Bell V’s Tavistock Judicial Review and Appeal Ruling – Helyar – 2022 – Journal of Clinical Nursing – Wiley Online Library) but the contribution from nursing to the evidence base remains generally poor. For a topic that is regularly trending on social media and that occupies such a large space in the public imagination, the lack of nursing literature is atypical. This is likely due, in part, to a persistently low standard of discussion which perpetuates a climate of fear and dissuades good faith engagement from those who fear the consequences of inadvertently saying the wrong thing.

It’s common to hear nurses express that they don’t fully understand the issues at play and that this increases the risk of saying the wrong thing. This is understandable, since there has been a significant shift in language, policy and expectations of practice in a very short space of time. Until very recently, non compliance with NHS single sex accommodation policies was punishable by fine (NEW-Delivering_same_sex_accommodation_sep2019.pdf (england.nhs.uk)). 2019 saw the introduction of Annex B and included allocation of wards based on gender identity and external presentation of gender, but more recent policies call for allocation based upon where each individual feels most comfortable. These are significant policy changes, with legal implications for nurses and other healthcare professionals, and they are outpacing the evidence base. Any teaching in this area is therefore limited or guided by outside disciplines.

The effects of toxic discourse also cause a chilling effect on others, which limits the amount of information that is available and perpetuates a cycle of fearful silence. This is particularly true on social media. As a result, only the loudest or most privileged voices tend to be heard. Women with dependents are significantly less likely to contribute to highly charged discussions, since the risk of nefarious complaints has very real and tangible consequences. Men with no dependents are amongst the most likely to demonstrate aggressive, threatening and dominating behaviour on this subject; highlighting a highly gendered dynamic.

In 2018, Amnesty International released their report “Toxic Twitter – A Toxic Place for Women” (Toxic Twitter – A Toxic Place for Women – Amnesty International). The report explores the gendered dynamics of online abuse and how women’s voices are silenced online. Ultimately, women’s voices are less likely to be heard and they are therefore less visible online. Sadly, #NurseTwitter is no stranger to these dynamics and this is particularly true on discussions of sex and gender. Women nurses are more likely to be threatened, harassed and vilified if they wish to explore this subject and the various legal, academic and clinical issues that may arise.

The independent Cass Review (Cass Review – Independent Review of Gender Identity Services for Children and Young People (independent-review.uk) calls for greater discussion and exploration amongst healthcare professionals as essential to high standards of care. However, what we are witnessing in nursing are deliberate attempts to shut discussions down. This is dangerous; there are significant risks to patient safety, dignity and wellbeing when nurses feel afraid to ask questions and to learn. But perhaps most concerning of all, is that it allows genuinely dangerous views and attitudes to flourish under the radar – views that cannot be challenged unless they are exposed to sunlight. The misrepresentation of good faith engagement and a willingness to explore as bigotry is both poor scholarship and unprofessional. The academy and nursing must rest on higher standards of conduct than patriarchal dominance and fallacious argumentation.

Ultimately, this issue holds up a mirror to our profession and a systemic tendency toward misogyny and anti-intellectualism. All women’s voices must be heard without misrepresentation, harassment or threat if we are to achieve equality of pay and opportunity. It cannot simply be that such dignities are only afforded to those women with whom the dominant voices agree. Finally, our practice can only truly be safe, effective and non-discriminatory when guided by a high standard of evidence and discussion. We cannot expect to be taken seriously as an academic profession if we aren’t willing to act like one.