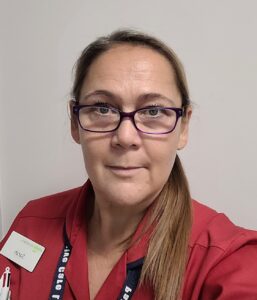 This week’s blog is written by Dr Sarah Russell (@LearnPEOLC ) who is Lead Nurse for Palliative and End of Life Care at Portsmouth Hospitals University NHS Trust as well as being an @FNightingaleF scholar.

Diagnosing dying can be challenging. Clinicians have limited accuracy in the prediction of patient survival (Hui et al 2011) and prognostication in the palliative care context usually relies on subjective judgments of clinicians (White et al 2016). Whilst there may be biomarkers indicative of a common biological process to dying (Reid et al 2017), arguably there is no single symptom pathognomonic for dying (Kennedy et al 2014). However, considerations about breathing changes (particularly Cheyne-Stokes breathing) is seen regularly in the dying literature as well as managing breathlessness at the end of life.

This blog is not about diagnosing dying. It is concerned with the last breaths of life and what that might represent in how people wish to use their last breaths.

“The silence between this and the next breath,

Over the years as a palliative care nurse, I have been asked many times “is that their last breath?”. On average, an individual will take 7·5 million breaths per year—600 million in a lifetime (Thorley 2021). Every day, everywhere, the breaths of a dying person may be accompanied by family and friends, health, and social care practitioners. As death approaches, the last days, hours and minutes of life can seem like a continuous cycle of ‘breaths in and breaths out’ until that very last breath.

I believe the question about last breaths is subtly different to that of “how long do I have to live?”. One attempts to diagnose dying through a linear timeline of minutes, hours, or days; the other is concerned with the meaning of those last breath moments. Importantly, these questions allow the expression of emotion and grief, to “give sorrow words” (Shakespeare 1599).

Perhaps last breaths help us understand how we come to know death (Jaworski 2014), to be present in the spaces between life and death, between certainty and uncertainty, known and unknown, the present with and the future without. This is not unknown in the evidence base. For example, Steinhauser et al (2000) seminal work in the search for a good death provided examples where despite extreme breathlessness people use their last breaths to connect and maintain relationships, rather than control and improve their breathing difficulties.

In the past, I was reminded of this during an assessment visit with someone in the last weeks of their life. In the cacophony of a busy hospital ward, flashing alarms and beeping buzzers were in disharmony with their breathlessness. Clutching tightly the hand of their partner, they discussed the “what if’s, what next and when” for their future death. Pausing for a moment, they turned to me and asked, “have we told you about the balloon?”. Puzzled I shook my head. “We had this crazy idea to blow some of my breath into a balloon”.

If “words be made of breath”, (Shakespeare 1599), then what else does breath represent? Raaf (2007) argues that breath is not only a vehicle for conversation but also holds biological material specific to the person. Breaths represent the presence of life (Jaworski 2014) through the movement of the chest as breath is inhaled and exhaled, gas exchange and the perfusion of cells with oxygen. Leder (2018) suggests that breath is not just the physical action of the lungs but also the mouth, the nose, the face, and the chest. In the last moments of life, the slowing down and last breath becomes a visible, physical manifestation of the intersection between life, dying and death.

Perhaps the act of breathing is both a conscious and unconscious, physical, emotional, social, psychological, spiritual, and religious act. Shapiro (2019:E1) illustrates this, arguing that last breaths have religious symbolism: “the soul leaves the body with the dying breath, and it aids the soul on its journey if those present say a prayer, “the Shema” as the individual breathes their last breath”. Halkias (2007) and Gandevia (1970) describe the global significance of breath to culture, religion, and anthropology, citing examples of the relationship between breath and Buddhist meditation, gods breath in Judeo-Christian tradition and the individual manifestation of a person’s immortal soul through ‘prana’ in Tibetan medicine.

So where does this leave us when considering the significance of the balloon?

Now, every time I assess a dying person, I think not only of the pathology, radiology, diagnosis, and medication, but also of the meaning of those last breaths for them and those that care about them. Last breaths symbolise the relationship between life and death, between living and dying and how people want to use those last breaths.

The space in front,

All empty and full.

What do you think?

Reid VL, McDonald R, Nwosu AC, Mason SR, Probert C, Ellershaw JE, et al. 2017., A systematically structured review of biomarkers of dying in cancer patients in the last months of life; An exploration of the biology of dying. PLoS ONE 12(4)

Shakespeare W ., circa 1599. ‘The Tragedy of Hamlet, Prince of Denmark’