It seems that every few years research findings catch the interest of the public and a few sensational headlines can prompt some to change their behaviours. Nothing seems to do this more often than studies about diet.  First potatoes were bad for us, now they’re ok.  Same with eggs.  For many years we’ve been told that red meat and processed meat cause cancer and increase our risk for cardiac disease.  Now that may not be the case.

Several studies released in the past few months have thrown some doubt into this. In one, for example: 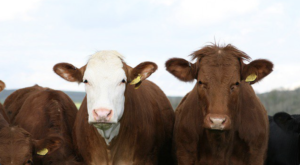 a review of randomized controlled trials revealed that that diets restricted in red meat may have little or no effect on major cardiac outcomes and cancer mortality and incidence. So, can we resume frequent consumption of red and processed meats?  Not so fast.  The authors were quick to point out that there is low to very low certainty in these findings.

With such low certainty in the results, they should be interpreted with caution.  In other words, it’s possible that more research will turn the tables on these findings.  Another concern is that nutritional science is often weak. https://wapo.st/2q8qDK5 It’s very difficult to account for the large number of variables in a person’s diet over many years as well as risks for cancer and cardiac disease. Each study defines such things as ‘frequent’ consumption of red meat differently, so they’re difficult to compare. We also shouldn’t ignore what we already know, that red meat is high in saturated fat and has the potential to increase our cholesterol levels, which is linked to cardiac disease.

However, there are many other reasons to consider reducing red and processed meat at your table. Water conservation, a growing concern, is one of them.  It takes an estimated 1799 gallons of water to produce one pound of beef.  As a comparison it takes 216 gallons and 108 gallons for a pound of soybeans and corn respectively.https://foodtank.com/news/2013/12/why-meat-eats-resources/

Even though not perfect, when it comes to the best diets for optimal health, evidence still points to the DASH and Mediterranean diets.  Both recommend plenty of vegetables, fruit, nuts beans and reducing processed foods and red meat.

As with any new evidence, we should review research about diets very carefully before we change our eating patterns accordingly.