In reference to Our Children are Suffering (1st September 2019 – see: https://blogs.bmj.com/ebn/2019/09/01/our-children-are-suffering/), yes, it is crucial to highlight – we now live in a busier time; plans and schedules have become intricate and expanded – our energy seems to be zapped enduring health and social care challenges. It is also correct to highlight that use of technology (i.e. smartphones, mobile health, apps, internet use and social media) can all increase stress and impede negatively on wellbeing. However, health inequalities, and poverty across the UK has increased irrespective of advances in technology and it affects everyone, but especially young people and the vulnerable.

Health inequalities affects lives and is drawn mainly on lower class social groups, families and young people. The number of young in poverty between 1970 and 1990 was perhaps at its peak, where 1 in 4 British young people were poor and there was a higher poverty rate (Waldfogel, 2010). During the time of when New Labour came into power, the government made a pledge to eradicate poverty. There were three outcomes to monitor but, of importance was ‘recognising that when family income falls, this has additional negative outcomes including health inequality and social exclusion (DWP, 2003). This in effect is the outcome for families who potentially suffer. Health inequalities and poverty encompass unemployment, poor housing, poor health and literacy skills, high crime rates, poor health conditions and family breakdown.

The 1997 government was committed to prevent health inequalities and poverty by ensuring that it would endeavour to halve poverty by 2010 and eliminate it by 2020. Between 1998-99 and 2005-06, 600,000 young people were lifted out of relative poverty and 1.8 million were lifted out of absolute poverty (HM Treasury, 2008). Now approaching 2020, in Britain, the current government still face health inequalities and poverty issues across young age groups (Hagell et al. 2018). Our Children are Suffering (1st September 2019) also highlights that negative impacts of social media include depression, anxiety, sleep deprivation, potential cyberbullying and body image dissatisfaction causing associations with self-beliefs, inadequacy and low self-esteem; all of which can become detrimental to overall health and wellbeing. However, technology use has advantages, provided used with guidance, sign-posting, evidence-base and appropriate validation. Technology and social media used appropriately helps bridge gaps and can prompt inclusion.

What does this all mean in context of ‘a technology age’?

Families or young people either ‘living on the breadline’ seek out support when they have little or no ‘physical support networks’ or feeling of social isolation or do not have access to appropriate healthcare provider, and this has been especially the case highlighted by some families and young people in long-term condition, kidney disease (or Chronic Kidney Disease or CKD).

Founded in 2014, KDARs (https://www.facebook.com/groups/750940214926395/) has supported over 1000 families with babies, toddlers and young people burdened with kidney disease. Since 2014, KDARs has noticed the health inequalities across the young kidney population. These have increased owing to unequal distribution of environmental and economic conditions within societies which add to the isolation and loneliness of many of the families KDARs support. KDARs (Grimsby, UK) learnt a lot from prominent award winning support group – the Renal Patient Support Group (RPSG) (Bristol, UK) (www.rpsg.org.uk) who have also done some fantastic work to provide ‘space’ for over 8000 patients and carers to share experiences surrounding kidney care, since 2009. For some young people, social media is the only support outlet with kidney disease. KDARs has since developed a ‘physical space’ called KDARs Pitstop. The idea behind Pitstop is to bridge gaps surrounding health inequalities, healthcare and shared experiences for local families between an online ‘space’ and ‘physical realm’. The RPSG is evidenced-based with over 100 publications behind it. Peer support through social media can (and has) helped young people going through the CKD journey and has alleviated some of that ‘known isolation’. Safe-guarding and confidence is a priority; both RPSG and KDARs have strong teams to help monitor and maintain etiquette. Young people from less privileged backgrounds can communicate with peers by way of social media via KDARs or the RPSG. These two social media platforms have been exemplary with 15-years experience between them.

So, what more could be done?
Determinants of health inequalities are particularly powerful at times of transition (ages 12-24) across health and social care domains (Hegell et al. 2018). Health and social care policies should factor in young people and social media use – it would perhaps be helpful if guidance and frameworks were co-created between support groups and health professionals (those who would normally ‘physically’ be supporting kidney patients) to implement ‘professional courtesy’ and help bridge gaps between health inequalities, poverty and healthcare via social media, thus expanding care models.

Our Children are Suffering (1st September 2019) also highlight some schools have started to introduce mindfulness into school curriculum. In addition, strategies to intervene in the case of family or young person at risk of health inequality owing to health literacy or being subjected to inappropriate care should also be explored. There perhaps must also be a ‘rounded educational’ approach envisaged in school curriculums on social media use and ‘responsibility’.

One of the reasons social media was invented was to help families and friends stay in touch. This ethos needs to be homed-in since depending on what social media is used, there are wider positive uses for it. Education at an early age is important, but it is also about ensuring that learning and development is part of a curriculum. Healthcare professionals should be part of social media initiatives to understand ‘real concerns’ and help bridge issues for young people. Used correctly, technology and social media is a blessing. Though perhaps cliché – with great power comes great responsibility.

We would like to acknowledge Re-Phew! Consulting for supporting us in refining this work. 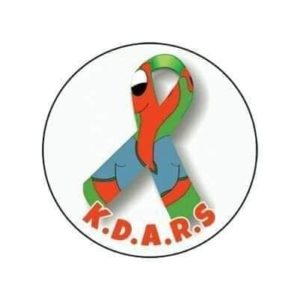 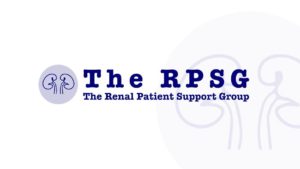