Changes to regulation in many countries have opened up prescribing of medical marijuana. For example, recent changes in the UK allow prescriptions for medical cannabis. https://bit.ly/2VntmKd  Medical marijuana prescriptions are legal in more than half of the states and the District of Columbia in the US 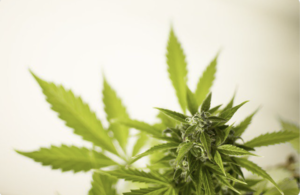 https://wb.md/2Vs6ZTZand “the FDA has only approved it for treatment of two rare and severe forms of epilepsy, Lennox-Gastaut syndrome and Dravet syndrome.” In Canada, medical cannabis has been available for two decades with a number of revisions the regulation, the most recent in 2016 https://bit.ly/2G4DjqB.

The process for prescribing and dispensing medical marijuana varies. In my province of Ontario, patients typically attend the clinic of a cannabis vendor where they are assessed by, and receive a prescription from, a physician, who more than likely conducts the appointment by videoconference. Patients are prescribed marijuana to smoke, oil to ingest or pills from this clinic and receive their prescription through the mail.

In addition to the prescription of cannabis for medical purposes, in 2018 recreational marijuana was legalized in Canada.  This recent change seems to have legitimized cannabis with the general public and, subsequently, prescriptions are on the rise for a wide variety of ailments, including pain, anxiety and glaucoma, for which there is often little or no evidence  https://bit.ly/2OqUbe0.

I work in a family practice and I’ve been alarmed with the increasing number of patients who are taking medical marijuana.  They receive prescriptions in the form of oil, or to smoke, for such things as fibromyalgia, insomnia and anxiety.  My concerns were augmented the last day I was at the clinic when a patient asked if it was OK to take marijuana with a heart condition. There was no information on his chart about his marijuana prescription and I struggled to find information to help him.  I finally sent him back to the cannabis clinic for their input.  This incident peaked my interest in the overall safety and efficacy of medical cannabis, prompting a deep dive into the available research.

Some physicians echo my concerns about the wide spread use of this drug and have questioned the evidence to support its use https://bit.ly/2OqUbe0  There is a difference in what is known about the effects and effectiveness of synthetic vs natural cannabis products.  Nabilone is a man-made form of cannabis while marijuana is an herbal form (oil, smoke, edibles).  There have been studies on nabilone, but there is very little research evidence about marijuana https://bit.ly/2LaWdfa

The Canadian Agency for Drugs and Technologies in Health (CADTH) is a not-for-profit, national organization that reviews evidence about medical treatments for use by health care providers. CADTH has compiled evidence about the use of nabilone for a variety of health issues. Their reports reveal that there is evidence to support the use of nabilone in very few conditions. Some of their reports demonstrate the following:

There is a dearth of information about drug interactions with medical marijuana. Additionally, the potential harms are not front and centre of marketing for medical marijuana.  Things like the link between daily use of high-potency cannabis to developing psychosis https://bit.ly/2OqUbe0.  My concerns of the side effects of marijuana extend to frail elderly, or compromised patients. How many falls and injuries will be perpetuated by medical marijuana use?

The evidence shows that medical marijuana has a place in health care. However, the circumstances are few and with many limitations.  Yet, in my country, medical marijuana is easy to obtain, with seemingly little monitoring, for a wide variety of conditions. The current Canadian experience should serve as a warning to health care providers in other countries in the trend toward more lenient regulation around the use of marijuana in general.  Patients should understand that marijuana, in any form, is a drug and should be treated as such.

A Canadian physician, Dr. Sarah Giles, expressed her concerns and they serve as an appropriate final statement: “Marijuana is the next OxyContin, where everyone’s like, ‘Oh, it’s not addictive, it’s harmless, it’s good,’ and people are kind of using it willy-nilly because you can get it prescribed and not prescribed,” she said. “I think we will look back at this time and just be like, ‘What the hell was going on?’” https://bit.ly/2OqUbe0