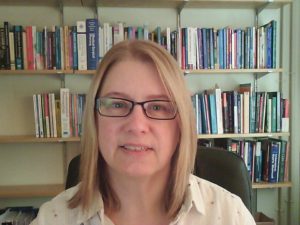 Leadership – influencing a group of individuals to achieve a common goal (Northouse, 2016) – is a sought-after commodity within nursing, but what is it, and who are our nursing leaders?

Nurse directors and chief nurses can certainly be called leaders; they set the nursing direction and goals for a whole organisation, which requires vision, confidence and – not least – determination. But here’s the thing: as we move down the nursing hierarchy, is leadership still as strong, or the same?  The nurse director has the strategy, vision and leadership (the overview if you like); this vision is then shared with nursing teams to operationalise, but do the modern matrons, nurse managers and ward managers lead? Or do they simply manage their services to implement the vision?

As a previous ward sister and modern matron, I have always been passionate about nurse leadership, but I have a special interest in how nurses lead (and manage) at ward level. Ward managers have had a challenging time of late, not least due to the findings from the Francis report (2013) into the Mid-Staffordshire patient care scandal, where it was suggested that a lack of nursing leadership was a potential reason for the deterioration in standards of nursing care.  What Francis didn’t really explore was why ward managers might have been failing to provide leadership. I can’t help feeling that, in today’s healthcare arena, the ward manager seems somewhat adrift from leadership because they are drowning in the management challenges of the role, and so struggle to lead, or even understand, what leadership is expected of them. 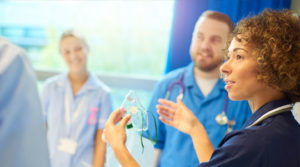 At the turn of the last century, Fayol (2016) described the ‘new’ concept of management as planning, organising, staffing and controlling, which some would argue pretty much sums up the ward manager role. Leadership is something rather different – Kotter (1990) suggested that whilst management is a set of processes to keep the organisation functioning, leadership is about aligning people to the vision through buy-in, communication, motivation and inspiration. So, if we accept these definitions, can a ward manager also be a ward leader? There is certainly a need for ward managers to lead – just revisit recent reports (Francis, 2013; Keogh, 2014, Berwick, 2013) that emphasise the importance of strong clinical leadership at all levels of an organisation. What may be missing for ward managers is an understanding of how to fulfil both these requirements in such as busy working environment.

A fixture of hospitals for many years, the ward manager has historically been perceived as the figurehead, instilling discipline and leading nurses to provide quality care in the ward through supervision, monitoring and teaching (Bradshaw, 2010). As the administrative and managerial burden has increased though, motivating and inspiring staff often falls by the wayside. The primary reason for this is cited as a lack of time to lead clinically as an expert and a role model, but are there actually other reasons for this? Could it be that ward managers are not sure what leading entails?

NHS England (2014 pg 26) suggests that the leadership role is “stepping back from reactive ‘solutioning’ to work out the right questions, encourage connectivity and create opportunities for new responses to emerge”. I think many ward managers would recognise this, but how can they reconcile this with the day-to-day role as administrator and manager?

Maybe the answer is about thinking differently and shifting the focus from the managerial processes described by Kotter (1990), to the more ethereal concepts of leadership, by asking the right questions. Continuing to work within guidelines is a relatively easy way to manage a situation by adhering to the routine and the norms, but this doesn’t enable the organisation, or the people within it, to grow. So, to be a ward leader, is the starting point to be simply asking the right questions? Rather than continuing with the usual norms, should we be demonstrating more vision by asking, “Why do we do it this way and can we do this better?” in this way, the ward leader may be surprised how just this simple change can inspire and motivate people to develop buy-in to the vision. Asking the right question though is only the start: listening to the answers and acting on them is just as important –  maybe that’s what  leadership is.

“If your actions inspire others to dream more, learn more, do more and become more, you are a leader.” John Quincy Adams – 6th President of the USA (1825-29)

Berwick D (2013) A promise to learn – a commitment to act: improving the safety of patients in England. London: Department of Health.

Keogh B (2013) Review into the quality of care and treatment provided by 14 hospital trusts in England:overview report. London: NHS England.

Kotter JP (1990) A force for change: How leadership differs from management The Free Press New York