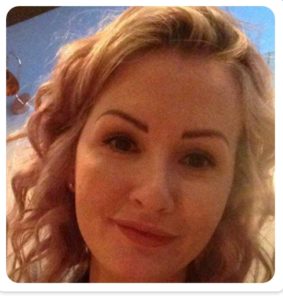 Join our EBN Twitter Chat on Wednesday the 21st March 2018, 8-9pm UK time, which will focus on cachexia in end-stage kidney disease. Participating in the Twitter chat requires a Twitter account; if you do not already have one you can create an account at www.twitter.com. Once you have an account contributing is straightforward, you can follow the discussion by searching links to #ebnjc (the EBN chat hash tag) and contribute by sending a tweet (tweets are text messages currently limited to 140 characters), you need to add #ebnjc to your tweet as this allows everyone taking part to view your tweets.

Cachexia is a serious, multifactorial syndrome associated with significant metabolic changes, fat and muscle wasting, loss of appetite and involuntary weight loss. The key identifying pathology is that it cannot be nutritionally reversed. This means even when the patient increases calories intake, lean body mass continues to decrease. It is associated with a range of chronic conditions such as cancer, acquired immune deficiency syndrome, chronic obstructive pulmonary disease, chronic heart failure, rheumatoid arthritis and chronic kidney disease.

The majority of research exists within cancer where prevalence is considered to be high; 60-80% in advanced cancer. However, no specific cachexia definition has been established for end-stage kidney disease (ESKD). The importance of developing a definition of cachexia in a population with ESKD is underscored by the negative impact that symptoms of cachexia have on quality of life and the association of cachexia with a substantially increased risk of premature death. The absence of a definition for cachexia in an ESKD population makes it particularly difficult to study the incidence of cachexia or potential treatments, as there are no standardised inclusion criteria for these patients who have cachexia. An effective treatment plan has yet to be determined but may include exercise, specifically resistant training, nutritional supplements, appetite stimulants, growth hormones and ghrelin agonists.

I would like to use the subsequent twitter chat to open a discussion about a number of things:

1. What is currently known about cachexia by healthcare professionals/patients, specifically within kidney disease?
2. What are the experiences of cachexia in a renal population?
3. What therapies might be used to manage cachexia in ESKD?