This week’s EBN Twitter Chat on Wednesday 7th February between 8-9 pm (UK time) will focus on values in evidence based nursing practice. Dr Roger Newham argues that patient values must be taken into consideration as part of the process of weighing up the evidence for care. We must also take into consideration nursing values, and we must be aware that values and preferences are not one and the same thing.

This Blog provides some context for the Chat.  Dr Newham will host this twitter chat as @BNursUob jointly with Dr Amelia Swift (@nurseswift).

Participating in the chat requires a Twitter account; if you do not have one you can create an account at www.twitter.com. You can contribute to the chat by sending tweets with #ebnjc included within them. 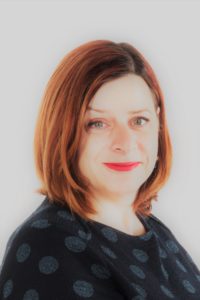 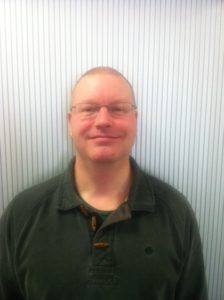 Participating in the chat requires a Twitter account; if you do not have one you can create an account at www.twitter.com. You can contribute to the chat by sending tweets with #ebnjc included within them.

There seems to be a direct and important connection between patient values and the very idea of nursing practice. Like medicine nursing is an applied humanistic discipline using evidence in the best interests of patients. But, unlike doctors, nurses are with patients for much longer periods and thus the application of evidence to care is an ongoing process via decision making. One important prudential value of patient values is their wellbeing – applying best evidence to individual patients requires attention to their specific values. Concordance with care and treatment can mean cost effective care and treatment, ‘quality cost’ or ‘high value care’. In addition, attention to patient values is a moral concern. Thus there are (at least) three types of value in evidence based nursing practice; prudential, economic and moral; a fourth if aesthetic value is taken into account and a fifth if religious values are included.

A definition of evidence based nursing highlights two things relevant to this blog. First the fact that the value of values is in the process of decision making as opposed to the evidence itself. Second there is some slippage in the understanding of values making its scope too wide. Evidence based nursing is the
“conscientious , explicit, and judicious use of theory-derived, research-based information in making decisions about the care delivery to individuals or groups of patients reflective of individual needs and preferences” (Ingersoll, 2000).

The evidence is applied to things or facts as a (measurable) outcome. Dressing X heals pressure ulcers quicker than dressing Y. Drug Q reduces risk of depression better than Drug R. Though if qualitative research is of values then the definition of evidence may also include patient values. But either way understanding patient values are crucial in the process of the application of evidence and of decision making as mentioned above.

Preferences, however, whether they are individual or not are not values; “I prefer one spoonful of brown sugar to two of white”. Values are (roughly) good making features of properties. (See theoretical work in axiology.) What-ever they actually are they are important. People die rather than give up or sometimes even compromise their values. Nurses suffer distress when their moral values are compromised. Values are, I think, so different to preferences that they are distinct. But their extension to wants, preferences, perhaps even whims, are given importance in evaluation of nursing care via satisfaction surveys. Values are something worth having and are an ongoing and stable part of one’s life unlike preferences. Thus values should be given weight in the process of decision making. Remembering that nurses too, as individuals and as nurses, will also have and adhere to values (sometimes so called nursing values can conflict with the agent who is a nurse’s values).

Ultimately however the decision as to what to do lies with perception/situational appreciation and someone’s values sometimes will be compromised (often I think these will be the values of the nurse qua nurse or as an agent who happens to be a nurse). Fortunately within healthcare there is for much of the time, perhaps most of the time, agreement about values. But getting clear on the difference between preferences, wants, desires and values is practically important and especially so perhaps in today’s managerialist outcomes driven NHS for working towards things that really matter or, better, are really valuable.

Q1. Can there be such a thing as Nursing values? If so what are they and what is their justification or ground?
Q2. What are the point of Nursing values? Do patient preferences always override them? Should patient preferences override them?
Q3. What does it mean in practice ‘to take account of patient values’?
Q3. Is meeting 4 hour A&E waiting times valuable?
Q4. Are there some health care needs that should be valued even if a nurse or a patient does not value them? Does taking into account heath care costs make a difference to your answer?