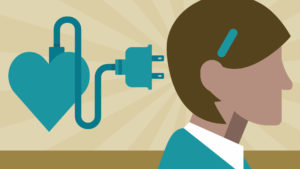 This week’s EBN Twitter chat is on Wednesday 18th October between 8 pm and 9 pm (UK time) and will explore ‘Emotional Intelligence’. The chat will focus on how Emotional Intelligence is expressed in healthcare and the challenges faced by all as emotions are managed on a daily basis.

Emotional Intelligence (EI) is an emerging concept with a differing range of thoughts and opinions.  One might even say EI is a new ‘fad’ or ‘buzz word’ within the nursing arena, with little substance or evidence to support the development of EI.  Within nursing many concepts come and go, with new emerging theories and best practice guidelines being regularly generated – therefore understandable should nurses dismiss EI.  It may be considered another useless tactic to attempt to change leadership qualities in today’s nurses.  However, nursing evidence to support EI continues to grow.

EI emerged as a concept in 1990 and has grown in popularity over the decades.  Key theories to explain this shiny new concept have been strengthened and supported with growing evidence.   Theorists argue the foundation of EI, suggesting EI is a learned behaviour that can be taught in the class room and the clinical setting, irrespective of background, education or genetics (Salovey and Mayer, 1990).  According to Bar-On (2005) EI is a personality trait that strengthens and grows with age and experience.  Although both theorists / authors differ in their foundation they both agree EI is an ability to manage and process the range of emotions that take place within a situation.  The level of EI one has will indicate their ability to function, act and manage emotionally challenging situations and has been highlighted as a key skill for nursing students and registered nurses.

A review of current literature investigating the impact the development of EI makes to the academic and clinical performance of nursing students, shows a positive connection.  Research studies (Fernandez et al, 2012; Senyuva et al, 2014) demonstrate that EI is a key concept that drives decisions and directs the actions nurses take in the clinical setting.  A nurse who is managing their own emotions, thoughts and feelings coupled with the emotions of co-workers and patients, is said to be better equipped to process the stresses that come alongside the nursing role.  To have EI, nurses need an inner strength to channel and direct their unconscious thought for the greater good of patients within their care.

If nurses continue to learn the importance of EI, confidence in the benefits of EI will strengthen and mature.  Researchers have investigated the impact of EI, studying a wide range of effects and challenges.  However, the evidence to support how to develop EI remains unclear.  Studies will support or discourage the development of El however evidence is limited on strategies to develop this.  Questions that need to be asked include: Is EI a concept that needs the classroom, or is this an involuntary skill that develops through mentorship and observation?  Many questions still remain regarding the validity of EI; are students mature enough to allow themselves to explore their own feelings?  Or do nursing students simply ignore their true feelings and learn avoidance techniques, as a method of coping when faced with emotional challenges.

Whilst these questions remain unclear, Government policy continues to support the development of EI. Personally, I feel EI has an innate natural element that can be exploited as one goes through the nursing dimensions.  A student with the professionalism and maturity to travel through the complexities of patient care with the upmost respect and dignity is a nursing student who has captured the essence of EI.  A sense of protection and perseverance towards the nursing profession is found in someone who has EI and may not be a skill or quality that all nurses accept. However further research into ‘how’ we develop EI is needed, to allow the potential impact of EI to be fully appreciated.