Tomorrow is World Mental Health Day – 10 October. World Mental Health Day is observed on 10 October every year, with the overall objective of raising awareness of mental health issues around the world and mobilizing efforts in support of mental health.  Today we are delighted to welcome our first of two blogs on the subject.  Our first blog comes from Daniel Oliveira, Linda Graham & Ann Fitzsimons who recently worked on a project, with the South Eastern Health and Social Care Trust in Northern Ireland, to help relocate a number of long-term mental health patients from hospital to a specialist community setting.  Daniel, Linda and Ann work at Lecale Lode Care Home, part of the Four Seasons Health Care group. 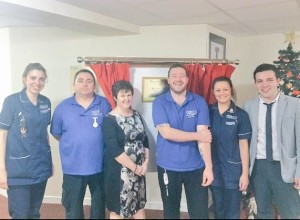 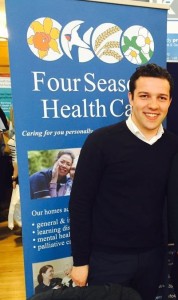 On September of 2013, The South Eastern Health Care Trust, in a joint partnership with Four Seasons Healthcare, began a resettlement project for the accommodation of 13 permanent long term mental health patients from hospital to a community setting  as part of Transforming Your Care Agenda.  Although the mission appeared to be simple, challenges and barriers would undoubtedly appear along the way. Patient Focus and involvement from the families and the multidisciplinary team was paramount for the effective discharge from the hospital ward to the care home setting.

Models and theories in nursing were used as a scientific background to assist in the transition from the “patient” to the “resident” – The Adaptation Model from Roy and the Transition Model from Meleis are excellent examples that clearly assisted on the assignment of a concrete plan to provide the safest transition possible to the inpatients from the Mental Health Unit.  Roy explains that every individual is a bio-psycho-social being and is in constant interaction with a changing environment – to respond to a changing environment the person must adapt. Meleis, taking consideration of the concept of adaptation from Roy, also explains that for every significant change in the life of the individual there is also an experience of transition – this can have a positive or a negative outcome depending on internal and external variables. Meleis explains that the process of coping is paramount in every transition and the coping will eventually dictate the quality or not of the adaptation to a new environment.

Taking the above in consideration Four Seasons Health Care designed and created a facility to directly respond to the needs of the patients – the focus of the facility was to create a safe environment that could empower and stimulate the patients to live their life’s to the full in a community setting. This facility was only possible after numerous meetings between the South Eastern Health Trust and Four Seasons Healthcare. Over those meetings Four Seasons Management met with different professionals from the trust to find out the challenges ahead. Enhanced Care Pathway Meetings were held with all the multi-disciplinary team, Four Season Representatives, family and if possible, the patient prior to the planned discharge date forming relationships between all.

Individual management plans were assembled for every patient before discharge – detecting behaviours, triggers, risks and how to manage the same.  Specific training in Mental health was provided to every new member of staff that was recruited and also existing staff to include support workers and nurses.  Emphasis was given to the therapeutic relationship between the patient and the carer – the team from the care home was introduced to every single future resident months prior to the discharge so as to foster therapeutic relations.

We clearly understood that an efficient adaption from the future residents would only be possible if the team was prepared and trained to assist individually every resident. By getting to know every resident prior to the discharge the first steps to an effective therapeutic relationship were created.

We also understood that the individualities of each resident would be fundamental as well. The details of their past lives, their likes and dislikes, their personalities would be dictating their environment in the care home. The patients named the new unit they would be moving to and picked the décor for their bedrooms.

By the time of the actual transition from an acute environment (hospital) to the community setting the foundations for a successful and effective adaptation from the patient to a new environment were established.  An open day was held so the patients could view their new home and this proved a great success.  On the arrival of the residents focus was given to positive distractions and meaningful activities – like cooking, cleaning, going to the cinema or going to the town to buy something – all of this would actively contribute for positive coping towards the transition.  Preparation and study was undoubtedly critically for the success in the first weeks. 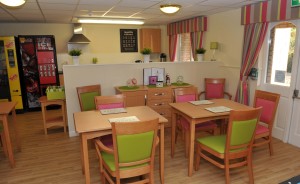 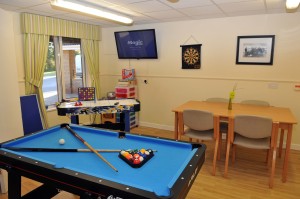 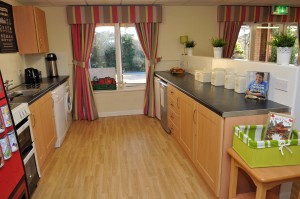 Firstly improvements were noticed in the resident’s skills of daily living activities– with the assistance and supervision of carers residents were cooking, washing, creating relations with the community etc –Roper Logan Tierney model was used to reflect the changes on every individual.  The reduction of the use of PRN benzodiazepines was also observed – different strategies (e.g walks around the care home, low stimuli environment) were being used as a first line of treatment.  Residents started to actively confide to the staff their likes and dislikes. Residents also became actively contributing to their own home environment by changing and personalising their rooms.

The team clearly adopted a person centre approach which indisputably assisted on the success of the transition.  But no success was achieved without challenges – the team often debated themselves with different approaches to reduce or even omit years of institutionalized behaviour from the residents – for example residents would queue outside the medication room every morning at the same time to have their medicines – although we agreed that routines were required to keep a balance and reduce stimulus that could unbalance their mental status we also agreed that small details could be changed in order to increase their quality of life.

The success of the Slieve Patrick unit at Lecale Lodge is due to the excellent collaboration between the South Eastern Trust and Four Seasons Healthcare.  Since the beginning, the focus all of our attention was on the patients/future residents. It’s the little stories and victories of the residents that makes us look optimistically to the future and for the opportunities that this collaboration brought.