Today, Friday 11th September, the Second Reading of the Assisted Dying Bill will take place in the House of Commons.  If eventually passed, it will allow a terminally ill adult (prognosis less than 6 months) resident in England or Wales to be supplied with a lethal prescription to be self-administered under the supervision of ‘an attending health professional’ (doctor or nurse). 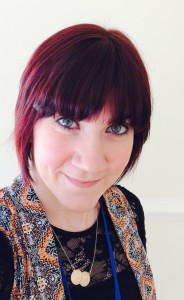 The introduction of an assisted dying bill in theory sounds like a positive change in the law as it gives people choice and control over their lives which we all know is a fundamental human right, but in practice how will the change in the law impact on care?

The bill will be based on the current assisted suicide law in place in American states such as Oregon and Washington, where it is believed to be a success. The Economist reports that since 1997 only 1327 people have received life ending medications and only two thirds of people have taken the drugs. These statistics perhaps show that possessing the option of death and having a sense of control supplied by the assisted suicide bill was actually what people wanted rather than the action of ending their life. However as Prof William Toffler, a senior doctor in Oregon states; the bill has only changed the focus of care, from effective palliative care to patients fearing that they are being steered towards assisted dying. He explains that some doctors are now being referred to as the ‘Doctor of death’ because of their opinions about assisted dying. How is this a positive step for palliative care when some people already have a lack of trust in the caring profession?  From a nursing point of view I find the assisted dying bill a risky option as it will take away from palliative care and it cannot and should not replace palliative care.

“The two have conflicting interests, one seeks to improve best quality of life until death and the other to end life, due to this I fear that palliative care may become extinct.”

Health care can be cost driven at times, so introducing a potentially “cheaper option” of assisted dying may leave people being denied palliative care and being coerced into choosing death as a treatment option. Already people living with life limiting illnesses are being denied medications that could give them more time with loved ones because it is not cost effective. Take Barbara Wagner for example, a lady living in Oregon with terminal cancer who was denied life extending drugs due to cost. Instead she was offered cheaper options that included life-ending drugs. Assisted dying was not something she requested but was offered to her.  While I acknowledge that the American and UK healthcare systems have fundamental differences this is still a point worth highlighting.  The question remains – should death really be offered as a treatment for terminal illness?

Perhaps the seductive quality of the ‘assisted dying’ bill is that it provides choice and gives back control in situations where feelings of helplessness (a form of suffering) may develop. However the ‘Assisted dying’ bill requires the patient to be in the last 6 months of their life and be a fully competent adult. This automatically rules out people living with dementia, a terminal illness we know is steadily rising and currently affects 870,000 people living in the UK.  This issue is particularly pertinent to me given my role as a nurse educator in the arena of dementia and palliative care.

Regardless on whether assisted dying is right or wrong, it does seem wrong that a diagnosis of dementia automatically makes a person illegible to apply for ‘assisted dying’.  Is there an assumption that all people living with dementia are not able to make future decisions about their life, care and death?  This notion certainly contradicts the plethora of best practice literature and recommendations that serve to eradicate the stigma associated with the dementia diseases.  In addition to the dementia diseases, the bill also will not apply to people living with other neurological conditions like Multiple Sclerosis, Huntington’s Disease or Parkinson’s Disease.  It is worth noting here that I am no way supporting assisted dying for people living with incurable, life-threatening neurological conditions like those aforementioned.  I am only highlighting how some, in favour of assisted dying, may perceive the passing of the bill.

On assisted dying, a great number of healthcare professionals still do not want the law to change.  We as healthcare professionals are the ones that will be giving the tablets, and we are the ones that will be helplessly watching people die when they have more life to live. I once read a quote that said ‘life is expensive and death is cheap’ which really stuck with me; it is only my opinion, but I feel that life should be cherished for as long as possible and we need to help our patients, residents or clients see a life beyond a diagnosis and not see death as a cure for suffering.  In short we need to progress palliative care and use it as a vehicle for positive change.

I agree with what the actor Liz Carr says; “we need an assisted living bill, not an assisted dying bill”.  See Liz’s article here.  We can’t predict the future but we can make sure the here and now is the best it can be even for those with terminal illnesses, and with good palliative care we can achieve this.

“I think I speak for many nurses when I say; we want to preserve life, protect it and help people live well”.

Jessie McGreevy @McGreevyJessie is a dementia care educator for Four Seasons Health Care @FourSeasonsHCUK.  Jessie is a 2015 ‘Rising Star’ finalist in the Nursing Times Awards, a Dementia Friendly Community Champion with the Alzheimer Society and a Master’s Student with Stirling University.