Six new articles made their way up to the Top 10 Most Read list of BMJ Open in June. Maintaining the top position for the second consecutive month is the systematic review and meta-analysis by Oliver Kennedy and colleagues establishing an association between coffee consumption and reduced risk of hepatocellular carcinoma, the most common type of liver cancer. The study suggests that drinking two cups of caffeinated coffee or more per day can reduce the risk of developing liver cancer. The authors also include for the first time in this type of analysis decaffeinated coffee, finding a similar but weaker positive association.
At number two, making its way to the top, is a new entry associating snus, a moist powder tobacco product shown in the image below, with a higher occurrence of common respiratory conditions such as asthma and snoring. Previous studies examining the health impact of this type of moist oral tobacco were contradictory; therefore Gudnadóttir and colleagues conducted a survey in a large population living in Sweden to shed some light on this issue. The study found that snus use by never-smokers was associated with a higher risk of developing asthma and respiratory conditions. Snoring and difficulty to fall asleep was equally related to both, former and current users of snus. 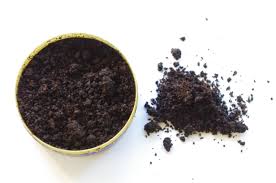 At number six, a systematic review and meta-analysis by Ahmed and colleagues compiling evidence from three clinical trials shows that long-term antibiotic therapy can prevent recurrent urinary tract infection in old adults. This study is timely given that nowadays, with antibiotic resistance on the rise, antibiotic use must be justified by robust evidence.

Among the other new entries last month is a retrospective analysis assessing the impact of the NIHR Academic Clinical Fellowship (ACF) scheme on clinical academic careers in England over the last 10 years. The Integrated Academic Training Programme was launched in October 2005 by the National Institute for Health Research (NIHR) to provide predoctoral academic training during the specialty training period for doctors and dentists. The researchers found that trainee doctors undertaking this fellowship were more likely to secure an externally funded doctoral training award and the vast majority of awardees move into academic roles, with many completing PhDs. The study concludes that the NIHR ACF scheme is successful as part of an integrated training pathway in developing careers in academic medicine and dentistry.

Finally, at the bottom of the list, is a protocol describing a mixed-methods study to evaluate whether serious video games, as part of a multidisciplinary rehabilitation intervention, can improve the health outcomes of patients with complex chronic pain and fatigue complaints. ‘Serious games’ are video games developed to promote health benefits. Previous studies have shown that different serious games can improve motivation for physical activity and cognitive stimulation.  In this study protocol, Vugts and colleagues propose a new serious game called LAKA that aims to facilitate patient learning about living with complex chronic pain. The study is still ongoing, but the upcoming results may determine whether improvements in pain intensity, pain coping and fatigue in people with chronic pain can be attributed to serious gaming.

*Most read figures are based on pdf downloads and full text views. Abstract views are excluded.

What is the general Chinese publics awareness of and attitudes towards Helicobacter pylori screening and associated health behaviours? A cross-sectional study