‘More than ten years of use, there remains uncertainty as to which populations are most likely to benefit from NOACs.’ 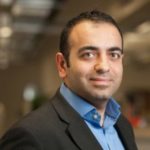 Over the last ten years, prescribing of non-vitamin K oral anticoagulants (NOACs) has increased substantially. In the UK, an estimated 58% increase has been quoted with a nine-fold increase in anticoagulant costs. Globally, NOACs now surpass warfarin as the anticoagulants of choice.

In many ways, this is unsurprising. NOACs, including direct thrombin inhibitors such as dabigatran and factor Xa inhibitors such as rivaroxaban, offer several advantages over warfarin and other vitamin K antagonists (VKAs). They have fewer interactions with other drugs, and require less intensive monitoring than VKAs. They also have a faster onset of action.

However, questions have been raised over the rapidity of their introduction into national and international guidelines, which often justified their inclusion on the results of single multinational, industry-sponsored clinical trials – some of these studies were later suggested to have flawed design or analysis. Furthermore, systematic evaluations of NOACs in atrial fibrillation to prevent strokes have shown no strong evidence that they should automatically replace warfarin.

What did the new study do?

Last month, results from the NAVIGATE ESUS trial were published. The study, funded by Bayer and Janssen, tested the hypothesis that a NOAC, in this case rivaroxaban, would be about 30% better than aspirin 100 mg/day, in reducing the risk of a second stroke in patients who have had a first ischaemic stroke of uncertain cause, a so called cryptogenic stroke. Not an unreasonable hypothesis, given that another study, also funded by Bayer, concluded that rivaroxaban was significantly better than aspirin in preventing recurrent clots in patients who had suffered a DVT or pulmonary embolism.

Despite randomising over 7000 participants, across several hundred multinational centres and following them up for a median of 11 months, the phase 3 trial was stopped early by the independent data and safety monitoring committee. Not only did the committee note that there was no real difference in the rate of recurrent strokes between the two groups, more worryingly they also noted that the rate of major bleeding events was nearly three times higher with rivaroxaban than with aspirin. They also found no benefit with rivaroxaban over aspirin in preventing any of the secondary outcomes (life-threatening or fatal bleeding, clinically relevant non-major bleeding, and intracranial hemorrhage).

A more detailed explanation of this result is needed, and being planned, However, this is not the first time that a higher bleeding risk has been associated with rivaroxaban. Compared with warfarin, the risk of major bleeding with rivaroxaban appears higher in patients with atrial fibrillation. More focused systematic analysis has shown that gastrointestinal bleeding occurs more often with several NOACs (including rivaroxaban) compared with standard care.

So, despite more than ten years of use, there remains uncertainty as to which populations are most likely to benefit from NOACs.

Disclaimer: The views expressed in this commentary represent the views of the author and not necessarily those of the host institution, the NHS, the NIHR, or the Department of Health. The views are not a substitute for professional medical advice.