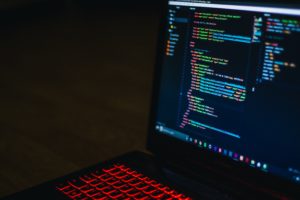 Looking back if I was to summarise my first 3 months at BMJ, confusion would be the best word to describe it. Moving from one company to another can be a daunting task, a plethora of questions goes through one’s mind. There are the big questions such as; What are my colleagues going to be like? Will I be appreciated? How many holidays do I get in a year? To the trivial questions such as; When do I get paid? Where’s the nearest toilet? What’s the quickest route to the office? While I was finding the answers to these questions and learning more about the technology behind the BMJ’s many products it was a challenging time for the tech department where we saw many departures. Two colleagues left within my first week, followed by another two leaving before the new year. However one thing that reassured me was that everyone was leaving after a few years of employment here, which was a positive sign.

I had previously been working at a startup called Noetic Marketing Technologies, who focus on the revolutionising the entire hotel and guest experience. They provide automated processes to the guests, predict purchasing behaviour, match the right promotion to the right guest via detailed analytics and complex data workflows. Transitioning from a small office to a large company took some adjusting, as previously if I needed something from someone we were all in the same physical space. Whereas in BMJ you find that a person can be on a different floor or completely different department. Noetic only had 10 employees in the UK office and around 20 in their Sri Lanka office. Since there wasn’t that many people to begin with, it meant one person was wearing a lot of hats. For example, the Business Analyst doubled as a Devops Engineer and most HR matters such as Payroll or Pensions were handled by one of the co-founders. So the comparison was not only surprising but a great relief because not only do BMJ have appointed departments but someone focused solely on Learning & Development or Pensions.

What attracted me towards working at the BMJ was the option of working across different disciplines and not being pigeonholed into one role. I was primarily a Java based Server Side Developer using Spring Boot to develop RESTful APIs but since being at the BMJ I have worked on various things such as fixing minor UI bugs, making changes to a JavaScript based lambda and most recently the Jenkins migration to AWS. This is great for someone like me who loves to learn and try new things, as every day is different. The flexibility of working across the stack is something I greatly appreciate. The technology and tools being used here were similar to what I was working with at Noetic, one analogy I often use is “It’s when you already know how to drive a car but now you need to learn how to drive a truck”.