Subscribe to the Diabetes blog blog feed here.
Either copy this feed address and paste it into your news reader software or click the relevant one-click subscription button:

Avandia compensation claims in the UK

The Guardian is today running with a story about the difference in compensation claims for families in the UK and US whose relatives may have suffered harm from rosiglitazone (Avandia) which was a drug for Type 2 Diabetes until its license was revoked in 2010. 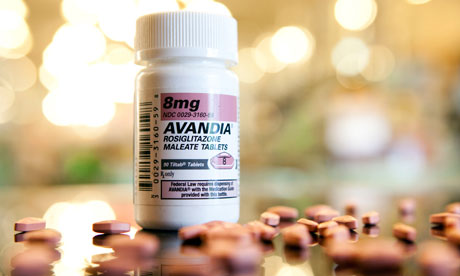 “The manufacturer, GlaxoSmithKline, has admitted concealing data about the damaging side-effects of the drug, and there is evidence of the drug’s harmful effects. But, despite this, GSK is not prepared to settle claims in the UK without a court fight.

The history of drug litigation in the UK suggests that families might not easily get  compensation.”

Rosiglitazone seemed to be a useful drug in Type 2 diabetes which worked very well in only a small proportion of people with Type 2 diabetes. In others it increased the risk of fluid retention, heart failure and myocardial infarction. GSK hid the data and it took a meta-analysis of published data from the FDA and GSK itself to highlight the risk [1]. In 2012 the company paid a multi-billion dollar fine for Avandia and several other drugs which some have suggested could be written off as a business cost.

How court cases are settled in the UK and US obviously differ but it is hard to explain that to families who feel they are affected when there has been such international corporate wrongdoing. Expect to see more news of the ongoing Avandia saga for some time yet.