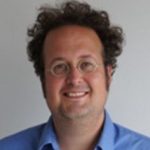 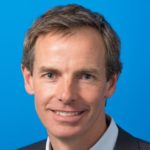 By Chris Mavergames and Julian Elliott

Systematic reviews aim to provide an accurate summary of available evidence for specific health questions. In practice, an increase in methodological expectations and an increasing deluge of primary studies challenges the ability of many review teams to produce timely, high quality systematic reviews and to keep them up to date. Only a minority of reviews are updated within 2 years and as new research is published in the intervening period, these delays lead to significant inaccuracy. One estimate is that 7% of systematic reviews are inaccurate the day they are published and after two years 23% of reviews that are not updated will present incorrect conclusions.  The difficulties faced by review teams in keeping reviews up to date leads to considerable inaccuracy and to some extent undermines the value created through the use of rigorous methods. END_OF_DOCUMENT_TOKEN_TO_BE_REPLACED 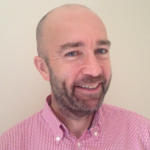 What does Evidence-based actually mean? or Where have all the sceptics gone? 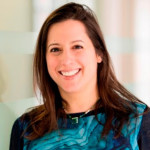 “EBM just means blindly following guideline recommendations and trial results. It allows no place for professionalism, it is too rigid, and it does not “fit” the patient in front of me.”

Neither of these assumptions is true. The first one denies—against all evidence—that a problem exists, and the second is far from what the founders of EBM described.

Looking back to the publications on EBM from the early 1990’s onwards gives a perspective of the serious issues they were tackling, and the desire to make this fun, as well as easy to understand and adopt. Re-reading the original papers, it is disappointing to reflect on how little the paradigm has shifted. END_OF_DOCUMENT_TOKEN_TO_BE_REPLACED

How systematic reviews can reduce waste in research 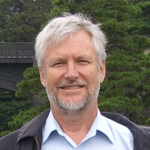 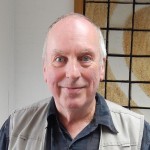 If you asked a member of the public “Should researchers review relevant, existing research systematically before embarking on further research?” they would probably be puzzled. Why would you ask a question with such an obvious answer? But in the current research system, researchers are only rarely required by research funders and regulators to do this. END_OF_DOCUMENT_TOKEN_TO_BE_REPLACED

This post has no comments.
Posted in Research waste 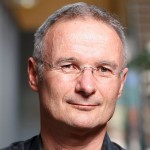 The Graphic Appraisal Tool for Epidemiological studies (GATE) is a simple, easily remembered toolkit to help you critically appraise epidemiological studies that includes one picture, two equations and three acronyms. GATE uses a picture of a triangle, circle, square and two arrows to represent the generic structure of epidemiological studies. We call this picture ‘the GATE frame.’ All common epidemiological study designs, from randomised controlled trials to case-control studies, can be illustrated using a GATE frame. While the GATE approach to critical appraisal covers the same ground as other critical appraisal guides, its point of difference is its generic graphic framework that emphasises the similarities between all study designs. With GATE, your goal is to ‘hang’ a study on the GATE frame as follows: END_OF_DOCUMENT_TOKEN_TO_BE_REPLACED

This post has 3 comments.
Posted in EBM tools, Evidence-based medicine 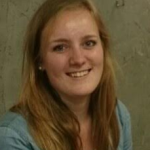 As the condition tends to relapse after treatment, it is important to consider maintenance treatment after clearance. Nowadays the most used treatment in clinical practice is ketoconazole, which is thought to inhibit the Malessezia furfur yeasts considered to play a role in the development of this condition. For the acute phase corticosteroids are often added to inhibit the inflammatory reaction.

In general there is limited evidence available on the treatment of seborrhoeic dermatitis of the scalp with topical agents. This is unfortunate as it is such a common condition. Only ketoconazole and ciclopirox were studied in multiple RCT’s that met the inclusion criteria for our recent BMJ Clinical Evidence systematic overview. For other topical treatments such as bifonazole, selenium sulfide, tar shampoo and corticosteroids the evidence was much sparser. END_OF_DOCUMENT_TOKEN_TO_BE_REPLACED

This post has no comments.
Posted in CE systematic overview

A brief introduction to the concept of Evidence-Based Research

The scientific ideal
On 15th of February 1676, in a letter to his colleague (and rival) Robert Hooke, Sir Isaac Newton wrote the following well-known sentence: “If I have seen farther it is by standing on the shoulders of giants”. Newton referred to influential scientists before him such as Copernicus, Galilei and Kepler and emphasised one of the fundamental aspects of science – science is cumulative with each new discovery dependent on previous knowledge. END_OF_DOCUMENT_TOKEN_TO_BE_REPLACED

This post has no comments.
Posted in EBM challenges, Evidence-based medicine

How much health evidence is there in the world? 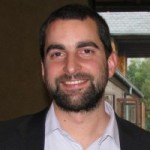 Thirty five years ago, Archie Cochrane reproached the medical profession for not having managed to organise a “critical summary, by specialty or subspecialty, adapted periodically, of all relevant randomised controlled trials”.
Systematic reviews were invented to deal with this problem, thus enabling what we call evidence based medicine, and their number has being steadily growing. END_OF_DOCUMENT_TOKEN_TO_BE_REPLACED