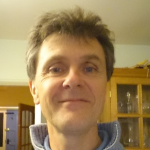 Over two decades ago I joined a practice in the rolling Berkshire Downs. As a young thrusting, straight-out-of-VTS GP I was keen to do a new activity called “an audit”. This was a completely new thing to my partners and it took some explaining to them why it might be useful. “But I always check the electrolytes on my patients on an ACEI “ the senior partner replied when I suggested we could audit this, “you’ll just be wasting your time”.

In 1990 70% of our prescribing was by branded drugs so I set to in switching the practice to generics. Remarkably we were prescribing thyroxine by the brand Eltroxin at that time, so this seemed a good place to start. I wrote a letter and placed a photocopy of it with every prescription we sent out. Well that was simple and effective I thought, and I have saved the NHS £1000s. I had, however, not counted on the village of Hampstead Norreys. Reports came in of the new drug causing headaches, abdominal problems, rashes and we even had one report that the new drug didn’t taste right. By the end of the month we have several dozen people back on their Eltroxin.

These stories highlight the importance not just of good evidence and communication but of the importance of culture. As a GP we cannot work outside the culture of our patients, indeed GPs would not be good GPs if they tried. Yet those developing policy and creating guidance sometimes forget this. More recent examples of culture eating evidence for breakfast include the use of statins in primary prevention. It can be difficult to get patients interested in taking a statin when they have a 10% risk of a cardiovascular event because most imagined their risk was much higher to begin with. I only have a 10% chance of having a heart attack! This is great news, why would I want a statin!

And then we come on to the use of warfarin in atrial fibrillation. The consensus amongst Specialists and the Pharmaceutical community is that we have dragged our feet in using anticoagulants in AF. In truth it has required an enormous cultural shift. Anticoagulants require a change in your life, in your diet, in your approach to travel and in the monitoring of your health. We impose a great deal on our patients when we treat people for primary prevention.

Cultures change, of course. Audit is now part of our lives. The people of Hampstead Norreys became used to generic drug switches. The uptake of anticoagulants is increasing in patients with AF but we must not lose sight of the fact that implementation is as much about understanding the culture of our society as the medical evidence.

Dr. James Cave (OBE BSc MBBS DRCOG FRCGP) has had an interest in evidence based medicine since his house jobs in the 1980s when he was lucky enough to work for an evidence based surgeon. He has been a GP for over 25 years and worked in a number of other areas. He works for Red Whale, providing courses for GPs that take the latest research and demonstrate how it might be used in practise and is Editor-in-Chief of Drug and Therapeutics Bulletin. Married with four children, his wife is a psychiatrist and eldest son in his final year at Bristol Medical School. James was awarded an OBE for services to medicine in 2009.

One Response to “Culture, evidence and implementation”