“One of the Most Fascinating Stories in the History of Medicine” 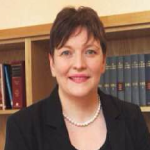 “The history of Acute Promyelocytic Leukaemia (APL) is one of the most fascinating stories in the history of medicine.” Dr Francesco Lo-Coco, Professor of Haematology.

APL is a rare form of leukaemia that affects one in a million people in Europe. Dr Leaft Hillestad first described APL in 1957. Dr Hillestad identified APL as a distinctive subtype of AML and one that is aggressive and rapidly fatal if not correctly diagnosed and treated immediately. Morphologically, it is identified as the M3 subtype of acute myeloid leukemia by the French-American-British classification and cytogenetically is characterised by a balanced reciprocal translocation between chromosomes 15 and 17, which results in the fusion between promyelocytic leukaemia (PML) gene and retinoic acid receptor α (RARα). Further research was carried out by French and American scientists into the disease but it was Chinese doctors (Dr Zhen-yi Wang, Dr Zhu Chen) who made the revolutionary discovery that APL was responsive to all trans-retinoic acid (ATRA), a Vitamin A derivative. The drug ATRA causes leukaemic cells to abandon their relentless growth and mature into white blood cells. ATRA makes the leukemic cells “behave”. APL was transformed from a highly fatal disease to a highly curable disease. Dr Zhen-yi Wang’s group introduced ATRA in treating APL in 1985, and APL patients like me have benefited from his achievement.

At the time I became ill, I was 30 years old and studying a Masters Degree in Aberystwyth University in Wales in IT law and e-commerce. I previously studied law at Trinity College Dublin and qualified as a Solicitor with the Law Society of Ireland in 2001. However, nothing prepared me for the day that I was diagnosed with APL on 26th of November, 2004. I felt relatively normal up until about three days before I was diagnosed. Symptoms included severe fatigue and nausea, but it was the appearance of bruising on my legs, hands and chest areas that triggered an emergency trip to the local GP.

The GP took a blood sample which was then taken by a family member directly to the laboratory at Withy Bush Hospital in Haverfordwest in Pembrokeshire, and within an hour, I was given the bad news that I had a very rare form of leukaemia called APL and the condition was life threatening. However, I was also given the good news that the disease is the most curable form of leukaemia in adults.

My platelet count was rock bottom when I was admitted to Cardiff University Hospital a couple of hours later. I wasn’t able to walk, I was getting severe cramps in my legs and thought I would die. I was pushed in a wheelchair through the corridors by the porter straight to Haematology where the team were waiting for me. It was an uphill battle to stay alive which was complicated by the fact that my veins were collapsing and peripheral venous access was proving difficult. The major risk was a cranial or pulmonary haemorrhage. We had to get my platelets to behave as quickly as possible. After two trips to theatre, an emergency central line was surgically inserted into the jugular vein in my neck. ATRA was initiated and aggressive blood product support commenced.

I enrolled on AML Clinical Trial 15  on the day I was diagnosed. This trial was to see if longer but less intensive chemotherapy regimen worked as well as standard chemotherapy for APL and to see if adding a drug called gemtuzumab ozogamicin  improved either treatment plan.

I spent approximately six weeks in Cardiff University Hospital and another five months in Belfast City Hospital, undergoing four aggressive intensive cycles of chemotherapy and blood product supportive treatment. Sometimes I had chemotherapy 23 out of 24 hours a day for five days in a row. Painful bone marrow biopsies were carried out regularly for molecular monitoring of the disease and as part of the clinical trial. 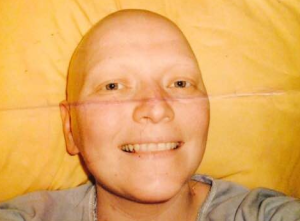 I had neutropenia after every cycle of chemotherapy and developed some very serious bacterial, viral and fungal infections such as RSV and the C.diff bug with fevers, chills, sweating, sores in the mouth, bleeding gums, skin ulcers and lots of other nasty symptoms like vomiting, severe abdominal cramps, nausea and blacking out. The final cycle of chemotherapy even triggered a bad attack of trigeminal neuralgia and an outbreak of cold sores. Sometimes I could not eat for weeks and survived on nutritional shakes. Intravenous prophylactic, antibacterial and antifungal drugs were administered regularly and blood cultures became the norm.

How could my treatment have been improved? What could have been done better? I would not change anything about the treatment received or the nursing or medical staff in any of the three hospitals who looked after me. I received excellent professional support throughout my treatment from all of the haematology and nursing teams in both hospitals. They were all true professionals and it was a privilege to be under their care. When I thanked one of my Consultants Dr Jonathan Kell, Consultant Haematologist for saving my life, he said: “Just three times”.

I have been in remission now for over ten years. I have since got married and have given birth to a baby daughter three years ago. My late father was a Gold Medalist pharmacist in Northern Ireland and I am now training to be an Expert Patient in the Medicines Research and Development with EUPATI. I am also a member of the ASTERIX FP7 Patient Think Tank.

This blog has been adapted/edited from the original blog written for Evidence Based Nursing  https://blogs.bmj.com/ebn/

Nóirín O’Neill  (@Noirin0Neill) will host a Twitter Chat  on the  “Role of Expert Patients in Medicines Research and Development” on Wednesday 16th September, 2015 at 8.00 pm (CET) Use the hashtag #ebnjc