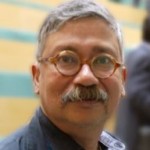 Parkinson’s disease (PD) is a neurodegenerative disorder characterized by the selective loss of nigrostriatal dopaminergic neurons which results in the cardinal symptoms of tremor, rigidity, bradykinesia and postural instability. The mainstay of therapy has been pharmacological substitution of dopamine using levodopa. However, after years of pharmacological therapy eventually the benefits may wear off and side effects such as dyskinesias may develop. Deep brain stimulation of the pallidum or subthalamic nucleus is also being used, which effectively controls the motor symptoms of Parkinson’s disease. As an alternative to pharmacological therapy or electrostimulation, cell-based therapies that reconstruct the nigrostriatal pathways have been developed with the transplantation of fetal ventral midbrain neurons into the striatum of PD patients.

Several open label studies provided proof of principle of the effectiveness and safety of such fetal neural transplantation. However, the recent BMJ Clinical Evidence overview identified only two U.S. RCTs of fetal neural tissue transplantation.
Although both trials failed to meet their primary endpoints, one of these studies was concluded after only 1 year, which is believed to be an insufficient time needed for the growth and integration of transplanted neurons and the development of functional effects. Indeed, in a subsequent analysis some of these patients had clinical improvement at 2–3 years after transplantation surgery.
Both trials utilized solid fetal neural tissue for transplantation, which may be inferior to cell suspension grafts used in previous open label studies. For example, solid tissue may elicit more inflammatory response than cell suspension grafts. Furthermore, immunosuppressive therapy was only given in one of these trials, and only for 6 months, thus possibly affecting graft survival. Also, the development of off medication dyskinesias might suggest that cells other than dopamine producing neurons, were co-transplanted in these solid grafts, producing a non-physiological release of dopamine.
After a moratorium of neural transplantation for a decade, partly due to the results of these two U.S. RCTs, a multicentre European study, the TRANSEURO Open Label Transplant Study in Parkinson’s Disease, is currently ongoing to assess the safety and efficacy of neural transplantation with fetal ventral mesencephalic tissue in patients with Parkinson’s disease, with randomized allocation to transplantation or sham surgery. The trial is seen as a pathfinder for future cell therapy for PD.
Among the major challenges of fetal ventral midbrain neuron transplants that need to be addressed in future clinical trials are technical improvements in cell preparation and delivery and standardized protocols, proper patient selection, reduction of side effects (dyskinesias) and the need for immunosuppression.
Fetal tissue as a transplantable cell source, obtained from induced abortions, may raise ethical concerns, also fetal tissue has a relatively low yield of dopaminergic neurons, and therefore tissue from several fetuses is required.
As a feasible alternative to fetal ventral midbrain tissue, midbrain dopamine neurons can be derived from human embryonic stem cells or induced pluripotent stem cells. Stem cells are a potentially unlimitied source of transplantable dopaminergic neurons. The survival and function of stem cell derived midbrain dopaminergic neurons for the treatment of PD have been demonstrated in pre-clinical models and clinical trials are being planned within the next few years. However, major issues that need to be addressed are cell differentiation protocol optimizations for an increase in the yield of proper midbrain dopamine neuron survival and function as well as safety considerations.

Arnar Astradsson is a consultant neurosurgeon at the Copenhagen University Hospital, Glostrup, Denmark. He qualified from the University of Iceland and trained in neurosurgery in Copenhagen and Aarhus, Denmark, and Southampton and Oxford, UK. He was also a postdoctoral research fellow for three years at Harvard University, USA, studying neural repair and cell therapy for Parkinson´s disease. His major clinical and research interests are cell therapy and deep brain stimulation for movement disorders, stereotactic radiosurgery and traumatic brain injury.

Tipu Z. Aziz is Professor of Neurosurgery at Nuffield Department of Surgical Sciences, University of Oxford, Oxford, UK. He is the  founder and head of Oxford Functional Neurosurgery.