An EBM Challenge: When randomized trials are difficult, and belief is strong and hopeful

The case of so-called “moderate” drinking 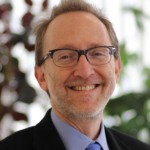 It is “bad” enough when we have randomized trials to guide practice. What I mean is, of course solid consistent evidence from numerous trials should be used to inform practice, but even then it is challenging: do the benefits outweigh the risks? Do the benefits in tightly controlled trials persist in practice? Decisions about primary prevention with aspirin, treatment of stroke with thrombolytics, and the failure of brief counseling for heavy drinking in general practice are among many recent examples of these challenges. The challenges sometimes have to do with close calls, in which the probability of a benefit and a risk are similar and/or are valued differently, and sometimes have to do with limitations in the data or with real issues translating ideal practices to the real world.

But sometimes we don’t have randomized trials to fuss over. Then what? Here’s what: dietary cholesterol is bad for you. Now it is not so bad; no limit is included in the latest draft dietary guidance for Americans—“cholesterol is not a nutrient of concern for overconsumption”. Why the switch? The bane of nutrition guidance is the reliance on observational data, which is open to more methodological limitations than are trials, and therefore, I suggest, susceptible to interpretation affected by what we believe or want to believe.

Enter the case of so-called “moderate” drinking. Numerous observational cohort studies find associations between self-reported alcohol use and lower cardiovascular and total mortality years later. There are many methodological problems with these studies—people who quit drinking because they are sick (“sick quitters”), of course have worse outcomes than those who do not. It isn’t that those who drink have better health as a result of drinking; it is that those who don’t drink because they are sick have worse outcomes: effect-cause, not cause effect. Another methodological problem is that most studies ask about recent drinking and then measure outcomes decades later. This is most certainly not how one would do a randomized trial (we argue incessantly about the exact dose of daily aspirin associated with benefit despite its prospective dosing with measures of adherence—asking people how many milligrams they might have taken last week would never be acceptable).

A recent study concluded that there were few benefits detected for alcohol use but it suffered from many of the same problems of the studies that preceded it. And it was likely underpowered to detect the usual benefits observed. The methodological problems in these studies have been addressed by various fixes. And some will point to dietary studies such as that of the Mediterranean diet, but there, the alcohol component cannot be separated out from the other nutrients. But two problems simply cannot be fixed. First, the confounding is just too serious. People who drink low amounts of alcohol are much more likely to have other health characteristics, like going to the dentist and getting cancer screening, none of which are plausibly caused by alcohol. Second, the observational studies cannot answer the real question of interest, which is whether starting to drink (to isolate that effect) and doing so with regular and measured dosing, leads to better health, and with a favorable benefit risk ratio across all outcomes that matter to people, including the cancers that are very likely caused by low amounts of alcohol use. Buried in there is a huge selection bias—people who choose to drink are likely very different from those who do not. Although the literature is not yet robust with Mendelian randomization studies, they are now beginning to show the likely truth—that less drinking is better for your health, no matter how much you drink.

So why do dietary guidelines support drinking alcohol, a pharmacological substance classified by the World Health Organization and others unequivocally as a carcinogen and a leading cause of preventable death and addiction (even if one considers purported benefits), as part of a healthful diet and why do most physicians continue to believe that a drink or so a day is good for you? My speculation is that we have trouble when dozens of studies have consistent findings, despite the fact that we have been burned before (see: history of benefit, then harm, of estrogen supplementation and cardiovascular disease). Studies can be consistently wrong. I also speculate that we sometimes see what we want to see and believe what we want to believe. Many of us like drinking alcohol (full disclosure: I am neither a teetotaler nor an advocate of temperance or prohibition). We would love for it to have a health benefit to have another reason to drink (wouldn’t it be great if something we really enjoyed was also good for us?). It seems convenient to treat alcohol as a nutrient and part of diet since it is so engrained in our cultures. But it isn’t nutrition, of course. And some view the data through the lens of a huge worldwide industry, receiving funds from it and recommending its health benefits (full disclosure: I have not received funds from the alcohol industry). Lastly, we figure that no randomized trial will be done so we should just go with what we observe, after all, the data are consistent.

But, despite being difficult, randomized trials can be done—they have found that most markers of cardiovascular risk are not favorably affected by drinking. A long-term study would be difficult but one could start with secondary cardiovascular prevention, perhaps in older adults willing to take a nightly dose of similar smelling and tasting placebo.

What to do in the mean time? If you like drinking low amounts because you like the taste or how it makes you feel, and you haven’t had any consequences, and you are not at risk for one (e.g. pregnant, strong family history of addiction, taking a medicine that interacts with it, etc.), and you don’t mind or are willing to take what is likely a modest risk for any specific cancer, then go ahead and drink, and don’t demand that there be a benefit to your health beyond liking it. If you wouldn’t miss drinking, or any of the other circumstances apply, then don’t. And to practice real evidence-based medicine, demand a randomized trial, or at least be honest that clear-cut evidence for the benefits outweighing the risks of drinking are non-existent.

Dr. Richard Saitz is a general internist, primary care physician, and editor of Evidence-based Medicine. He Chaired the treatment and services review committee for the National Institute on Alcohol Abuse and Alcoholism. His primary areas of expertise and research are screening and brief intervention for unhealthy alcohol and other drug use, integrating substance-related and general health care, such as chronic disease and care management, and improving the quality of care for people with addictions across the spectrum of use, particularly in general medical care settings.